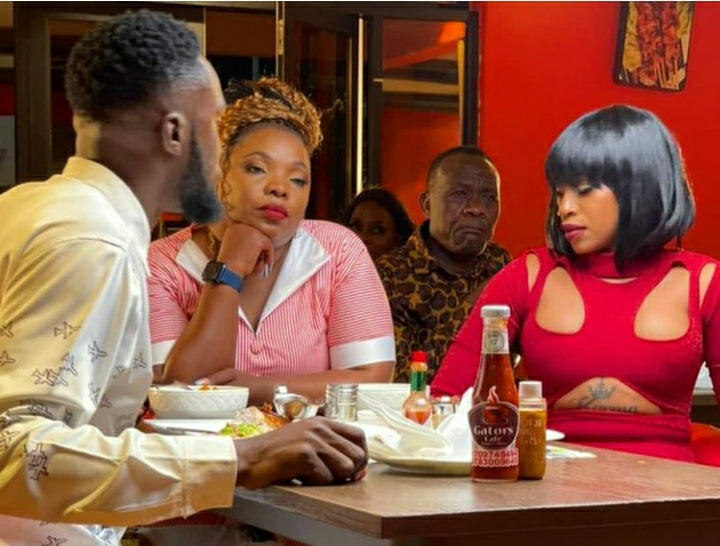 In 'Bwenjoya' (loosely translated from Luganda to mean 'When I Crave'), Ameria Nambala and Sheebah Karungi yearn for their men's attention and romance.

The audio was produced by Baba Kumapeesa while the video was shot and directed by Edrine Paul from Future Trends Prints.

The video is a narration of a man who is dealing with two women. The gentleman plays his cards right as he juggles between Nambala and Sheebah.

Sheebah Karungi acts as fuel pump attendant. The two artists pull up their fashion game as they dress in unanimous black dresses that fully agree with their bodies.

Ameria Nambala is well known for her great music that is composed with afro-fusion, rooted from the music society of Uganda. On the other hand, Sheebah Karungi has always been termed as a top performer thanks to her massive talent and energy.

The new release is expected to top charts judging by the reception and reviews so far.