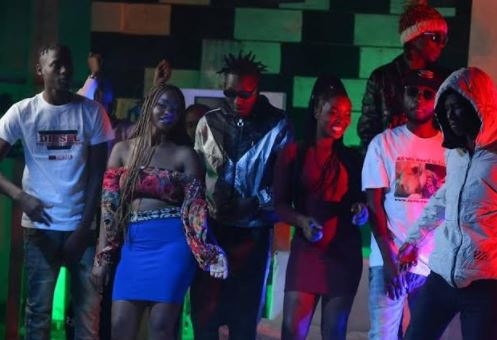 ‘Lazima Ibambe’ is a party anthem that is expected to light up the clubs now that the country has been re-opened.

Before Team Psycho found their niche in the music industry, they lived a life of crime so that they could provide for themselves.

One day, while the group was planning their next course of action for the upcoming day, Joseph heard a beat coming from his neighbor’s house and told Iano “Kata Tenje Iano", then Bunny Nduati started making the chorus and together they started free styling.

They finally were on to something great and legal. The group decided to sell all their belongings and go to the studio, but still the money was not enough for music production.

Team Psycho didn't let this discourage them and decided to go forward and shoot the video themselves by using a camera phone to shoot their first track and released it on YouTube.

Little did they know that their song would start trending and gain thousands of views. Through their music, they have decided to spread a positive message for the youth.