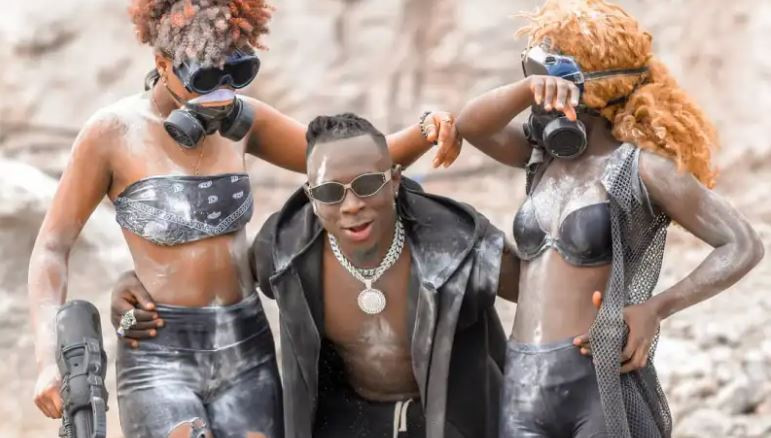 The visuals were shot and directed by Visan Magic from V Magic Films and feature Vyper Ranking imitating the famous 'Mad Max' movie in the desert.

Dressed in all Black, Vyper Ranking shows the world that he has the dancehall crown as he sings about how much he is addicted to the love of his life.

‘Controller’ came after Vyper Ranking took a music break until he was signed by popular Ugandan record label, Wan Base Afrique.

In a recent interview, the youngster hailed the label for coming through for him at the moment he was financially down. He further stated that the label pledged to help promote his music and move him from the local to the international scene.

"The good thing is that they signed me with my management. I have so much music and the quality is going to increase too. I take this as a very big chance to fulfill my dream because my management and I have goals but were suffocated by lack of finances," Vyper Ranking said.

Vyper Ranking assured his fans that he was putting together his E.P set to feature top collaborations from local and international artists.