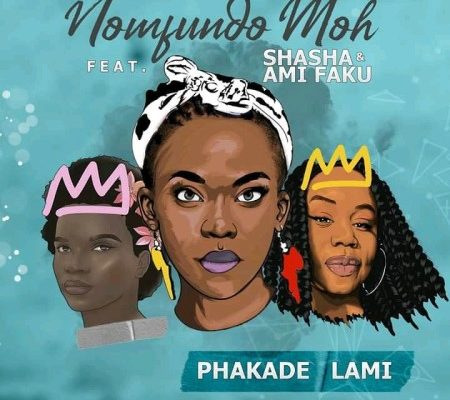 The song has managed to top the charts and put her name across South African Airwaves since she released it in October.

‘Phakade Limi’ is a classical Fusion of RnB and Afro-pop but what stands out is the wit behind the production.

The Intrigue in ‘Phakade Limi’ production has made it one of Nomfundo’s most successful single releases. It has surpassed her previous solo releases that introduced her to the South African music industry.

“The song is doing great,” she told IOL.

Explaining how she managed to get Sha Sha and Ami on the song, Nomfundo noted that it was all thanks to her management.

“They reached out to Ami & Shasha (as one of the artists I look up to) without me knowing, so it became a surprise collabo. The song needed more feminine touch and the two women were a perfect fit,” she explained.

Nomfundo says the success of the song is pegged on the level of relatability with the people. The key highlight of ‘Phakade Lami’ is she gets to her fans by touching on issues affecting them since the breakout of covid-19 pandemic.

Nomfundo maintains that the pandemic altered the way of life for many people - created a distance between people and it hurts so much not to see your loved ones which is what the whole song is about.

‘Phakande Lami’ is just the beginning of what Nomfundo is preparing for South Africans. She's currently working on her new album which is expected to be released in January 2022.