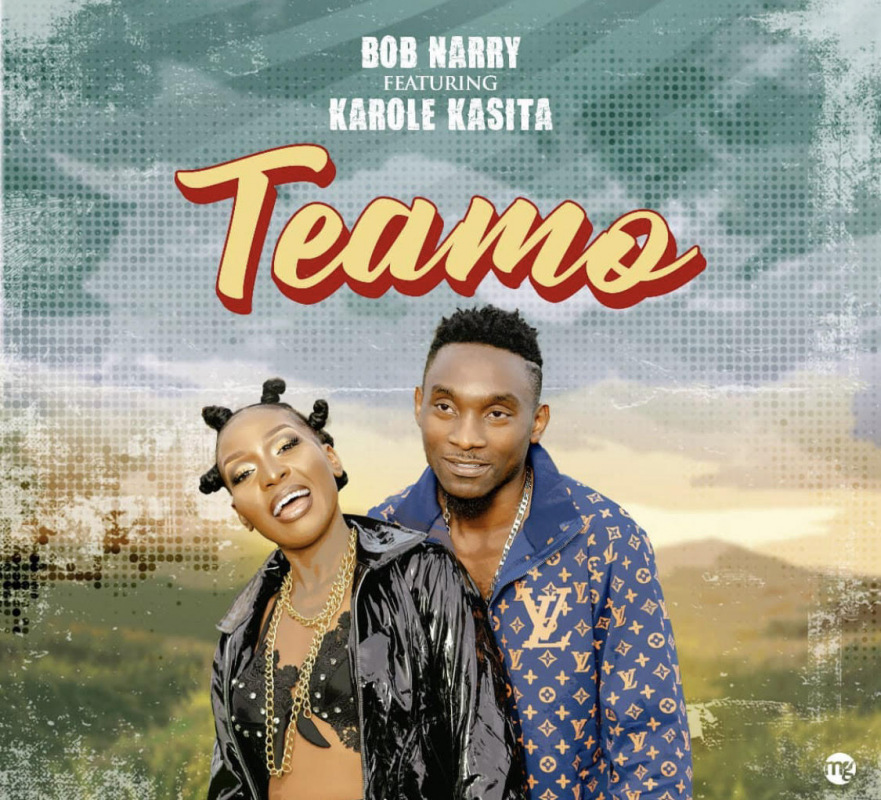 In 'Teamo', Karole Kasita tells Bob Narry how much of a blessing he is in her life. Hailing from the Northern part of Uganda, Bob Narry flows pretty well and uses bits of his local language to express how much he loves his woman.

Teamo' is a Spanish word to mean 'I Love You', the artists have embraced several language like Luganda, English, Swahili and Spanish to cater for a bigger audience.

The audio was produced and mastered by award winning beat maker Artin Pro who is credited for producing chart-topping hits in the industry.

The video is expected to be released soon judging by the behind the scenes photos shared by both artists on their social media pages.

‘Teamo’ has been received well and is current enjoying airplay and downloads on local media and streaming platforms respectively.

With the collabo, Bob Narry hopes to market his brand and expand his fan base, considering that Karole Kasita is a big name in the Ugandan music scene.