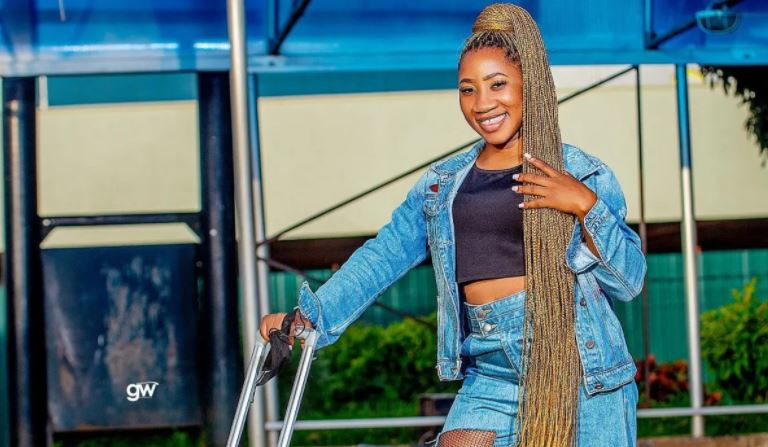 Ugandan artist Chosen Becky's manager Ronnie Mark Kiyinji has confirmed that she was banned from performing on scheduled shows in South Africa, due to miscommunication between her and the promoters.

On 6th, 7th, 12th, and 13th of November 2021, Choseb Becky was scheduled to perform in Cape Town, Randburg, Bloemfontein and Rusternburg. Unfortunately she was met by obstacles upon her arrival at O.R Tambo Airport on 4th November, 2021.

Contrary to deportation reports by local bloggers, her manager confirms that Chosen Becky is still in South Africa and is currently scouting for other promoters to help her schedule shows in the country.

"It's true she had issues with immigration but she's not the first artist to go through it. I'm so disappointed with anyone putting the blame on Chosen Becky for failure to perform instead of the promoters and how they handle their stuff.

Read Also: Cindy Sanyu Takes Break from Performing until after her Delivery

"We are organizing for her to sing at the upcoming concerts. Her fans will see her perform and we won't be like other artists who give up. Please stop blaming the artist," Mark said during a recent interview with BBS TV.

On her social media pages, Chosen Becky also confirmed the news, stating that the setback was occasioned by miscommunication regarding her accommodation while in the country.

“The promoters will reschedule my South Africa tour to a later date, which will be announced. I appreciate all the support, love, and care I have received from each of you since the breakout of these unfortunate events. I love you all in abundance,” she wrote.