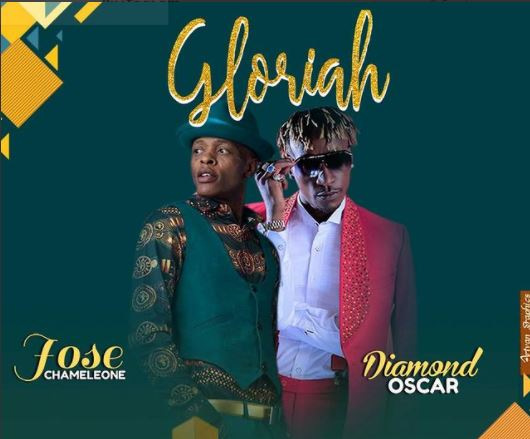 In 'Gloriah', Chameleone and Diamond Oscar sing about their infatuation with this beautiful woman, whom they say they love so much but she's trying to shy away from accepting their advances.

Read Also: Producer Ian Pro hails Chameleone for Choosing him to Work on His New 'I Am Joseph' Album

Diamond Oscar perfectly blends with Jose Chameleone's husky voice to give us a glorious melody.

The audio was produced by Ian Pro, while the video is yet to be produced.

Diamond Oscar was among the top artists back in the early 2000s, before he went off the music scene.

In a recent interview, Diamond Oscar admitted to being a faded musician who is working hard to rebrand himself. 'Gloriah' is one of the projects aimed at bringing him back onto the music scene.

"No one told me but I personally noticed that my music was no longer shifting, I couldn't afford shooting expensive videos like I used to so I had fallen.  I had to go back and do a re-check and look at what I had to do to make a huge comeback," Diamond Oscar said.

On his part, Jose Chameleone is preparing to release his studio album dubbed 'I Am Joseph'. It was initially supposed to drop on Independence Day but was postponed due to unknown reasons.