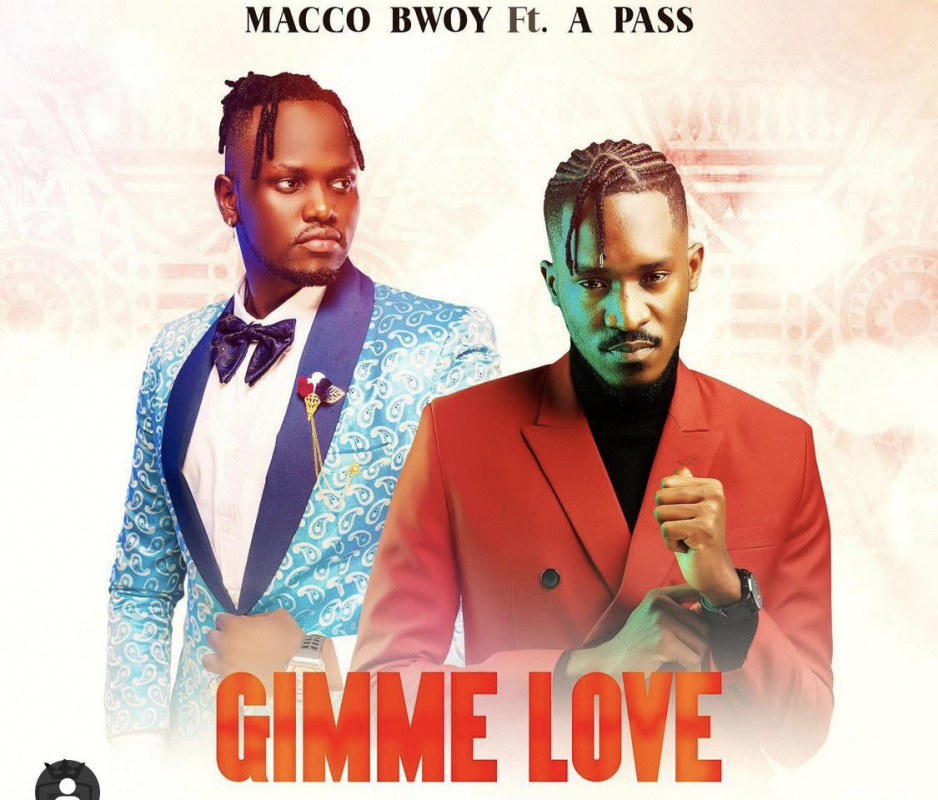 ‘Gimme Love’ is a Beautiful Afro Pop/Dancehall song where A Pass and Macco Bwoy call upon their lovers to entrust them with their hearts, adding that they are ready to do anything to treasure them.

A Pass and Macco Bwoy use the jam to describe the African beauty, while also paying heritage to their countries as they sing in their native languages.

The audio which dropped a month ago was produced by Bomba Music, while the new video was shot and directed by Director Pest from Grate Make Films.

Macco Bwoy is a young, creative and talented South Sudanese Reggae dance hall artist signed under Australian label, Independent Tot Studio with an office in Kenya. He is known for songs like Crush, 10 Over 10, Only You, South Sudan Girls, Babyde and Weak among others.

On the other hand, A Pass is currently working on his 26-track love album that is expected to drop later this year.