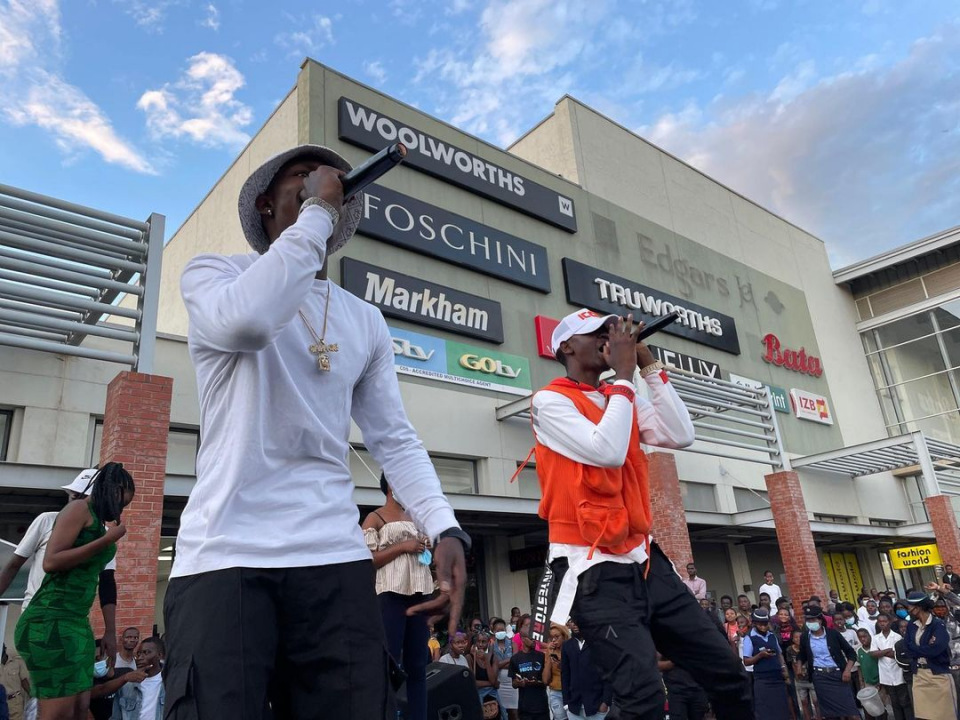 Luckily, neither the duo nor the fans present were hurt during the unfortunate incident.

Speaking about the incident, the duo confirmed that they were unhurt. They celebrated having a new dance and song all the same.

The concert was one of the ways of supporting local artists. Yo Maps was also in attendance.

Chanda na Kay met on March 4, 2020 and brainstormed on how they could do bigger and greater things. They said they had both seen the potential each of them had and it was time to work it out.

“On the 4th of March 2020, we confronted ourselves after seeing potential in each other, we both expressed how each one of us inspired the other,” they said in a Facebook post.

The brainstorm led to their brand names ‘Chanda and Kay’, a departure from ‘Real Rapper and Chimwemwe Boy’. They figured out that these names were too long. “…Therefore, we decided to come up with something simple and unique as Chanda na Kay.

The name Chanda came from the birth name (Edward Chanda) and Kay from (Kelvin Simfukwe). Six days later, they recorded their first song ‘Tuli Bamo Bene’ and released in in March 11, 2020.

“It made huge noise on the streets which motivated us to do more. We scheduled Saturday as studio time to record one song every night and must surely be released on Sunday morning. We chose Jayswg Producer of Chalila entertainment to be our permanent night producer of all our songs.

“Later In April after some few tracks, we released #Bella which introduced us to Zambian music industry,” the duo said.