T Bwoy Vs T-Sean: Who Is Your Favourite Zambian Dancehall Artist? 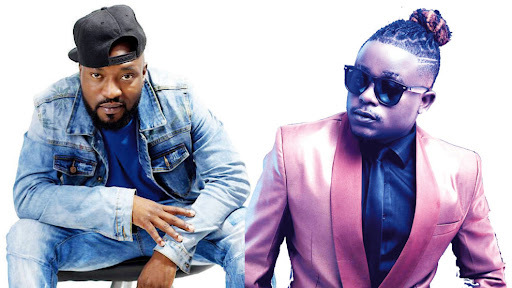 Talking of dancehall music in Zambia, T Bwoy, T-sean and General Ozzy take centre stage in it all. But, the story is different when it comes to T Bwoy and T-Sean. They are the young blood who have stuck their gun on dancehall and are bringing a different sound to it. A perfect example is T-Sean’s latest song ‘Nikumasule’ off his new album. The fusion of sound is out of this world. It is the same case with T Bwoy’s new album ‘Wisi Tamika’. So, how do these dancehall artists musical stats compare?

T Bwoy’s musical journey started in 2003 when he recorded his first song. It built the platform for him after which he rose to prominence five years. T-Sean, on the other hand, released his first hit song in 2010. Two years later, he teamed up with T Bwoy and formed a recording label – Bizzy Baila.

T-Sean’s first studio album went out in 2012 and it was big. He released his second album in 2013 and the third one in 2014. His latest album was released in 2021. T Bwoy’s first album went out in 2006, the second one in 2008 – and it was a major one that it set the musical stage for him in Zambia as a dancehall artist. He released his third studio album in 2011 and followed it with another in 2017. He has five studio albums hitherto while T-Sean also has five studio albums. Both artists’ albums won them big nominations and awards.

On Instagram, T-Sean has 326K followers. He keeps them entertained with rich musical theatrics. T Bwoy has 111k subscribers.