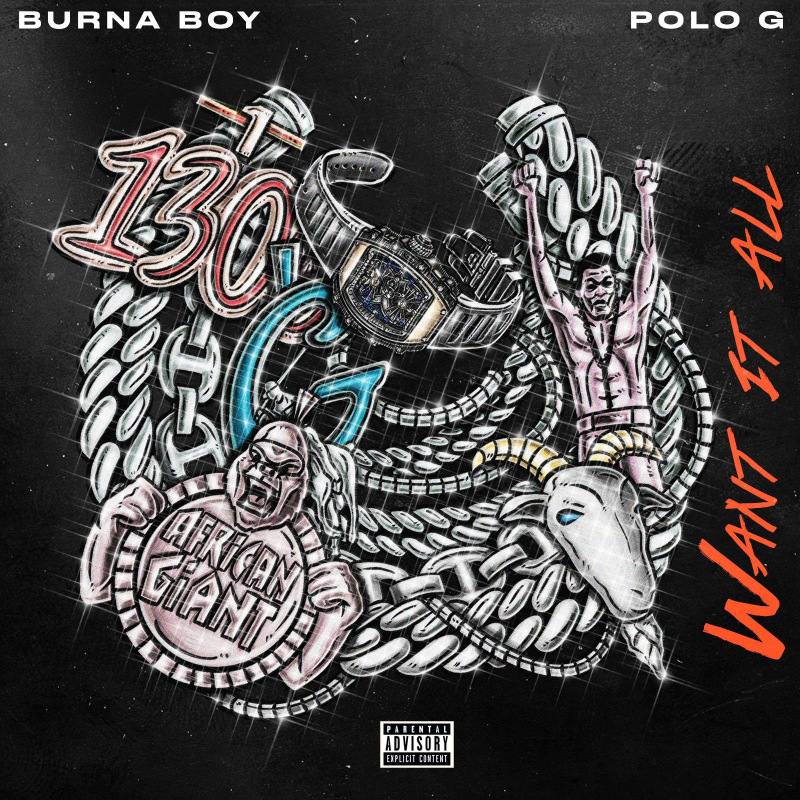 The groovy track was made available globally early on October 1, 2021, and sees the African Giant team up with American rapper Polo G.

In 'Want It All', Burna Boy traces his journey from having to sleep in the cold and working his way hard to achieve it all - among them being the first Nigerian artist to win a Grammy awards, a feat he achieved early this year when the 'Twice As Tall' album bagged the World Best Album award.

Burna Boy is never shy of talking and bragging about his successes and he uses this latest song to mention how his life is now a fashion with over 100k worth of rings among a collection of expensive vehicles.

The song has some cool vibes and beats and the fact that Burna Boy and Polo G seamlessly exchange verses makes it even better. 'Want It All' was dropped alongside its amazing official music video that starts with Burna Boy performing in a fully packed concert.

The song comes weeks after Burna Boy announced that there will be no more albums from him not only this year but also until further notice. He had been expected to put out another album before the end of the year.

Watch the new single's official video that premiered on YouTube a few hours ago below: -