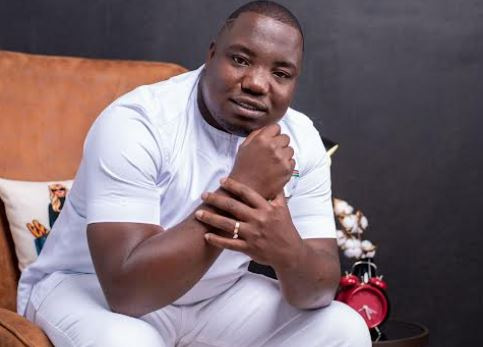 Kenyan gospel worship singer Ali Mukhwana has been nominated in this year's Afrima Awards 2021, as the best male artiste in African inspirational music for his song ‘Maombi Yangu’.

He is the only Kenyan worship singer on the list that was released on Wednesday 22nd September 2021.

Now in its eighth year, AFRIMA recognises and honours African artistes, music producers, songwriters, video directors, Disc Jockeys, Choreographers/dancers, and movie/film producers living on the continent or in the diaspora as well as International acts with the 23.9-carat gold-plated AFRIMA trophy.

Ali “The Amplifier” Mukhwana is an award-winning gospel singer, songwriter and a worship leader from Nairobi, Kenya. He is more known for his win in the Exodus to Stardom singing competition which was organized by the Kenya Broadcasting Corporation in the year 2011.

It is this win that thrust him into the national limelight and his professional music career kicked off with his first song ‘Usinipite’ being recorded in the year 2012. Some of his popular songs include ‘Utukufu’, ‘Mwenye Enzi’ and ‘Manukato ya Sifa’ in which he has featured the 2018 Groove Awards Artiste of the Year Guardian Angel.

Ali Mukhwana has been nominated twice and won in Groove Awards editions of 2013 and 2015 and also got nominated in the 2019 and 2020 editions of Maranatha Gospel Music Worship Awards.