Fik Fameica Crowned MTN's Artiste of the Month for August 2021 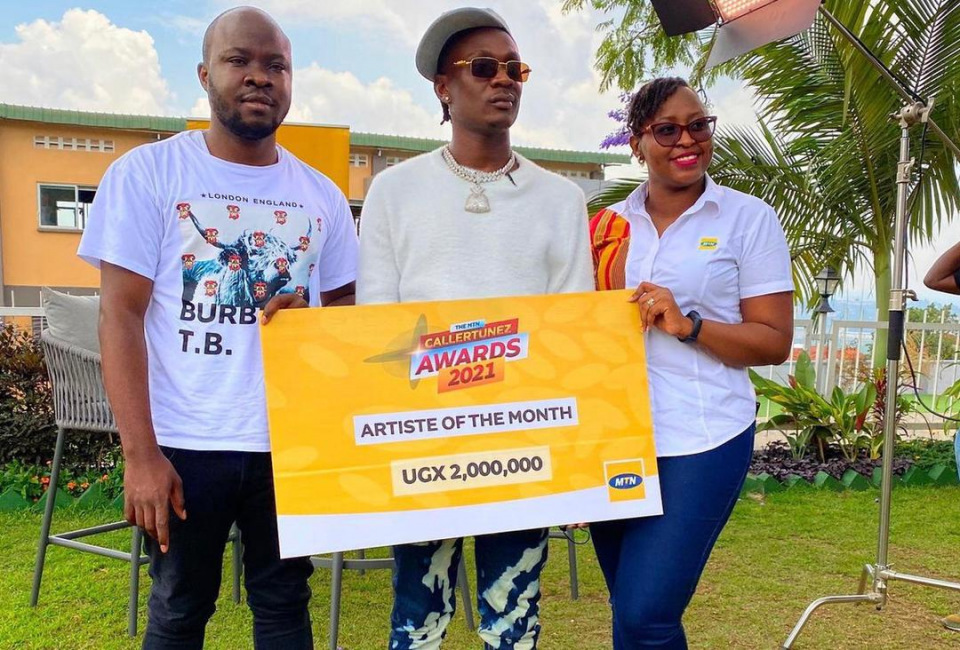 The Luga Flow rapper emerged the winner after securing the most downloads for the month of August.

Over the month of August, Fik Fameica secured a total of 5,555 downloads for his hit song 'Lov Lov'.

Celebrating the milestone, Fik Fameica took to social media and thanked his fan base for supporting his music

"Born to win! Thank you Fameicans. Thank you MTN Uganda and big thanks to my team. Most downloaded Caller tune is Lov Lov and I'm the artist of the month," Fik Fameica posted as he showed off a UGX 2 million cheque that was given to him as a cash prize.

Last month, Pallaso walked away with the cash prize as the top artist. While fast-rising musician Martha Mukisa won the rising artist of the month category and walked away with UGX 1,000,000.

Fik Fameica’s  ‘Lov Lov’ was produced by Artin Pro and Axon, while the video was shot and directed by M Grate Pest from Grate Make Films.

In 'Lov Lov' (Love Love), Fik Fameica expresses the deep love he has for his better half. He notes that he may not be as rich as tycoon Sudhir, but swears that his love is real.