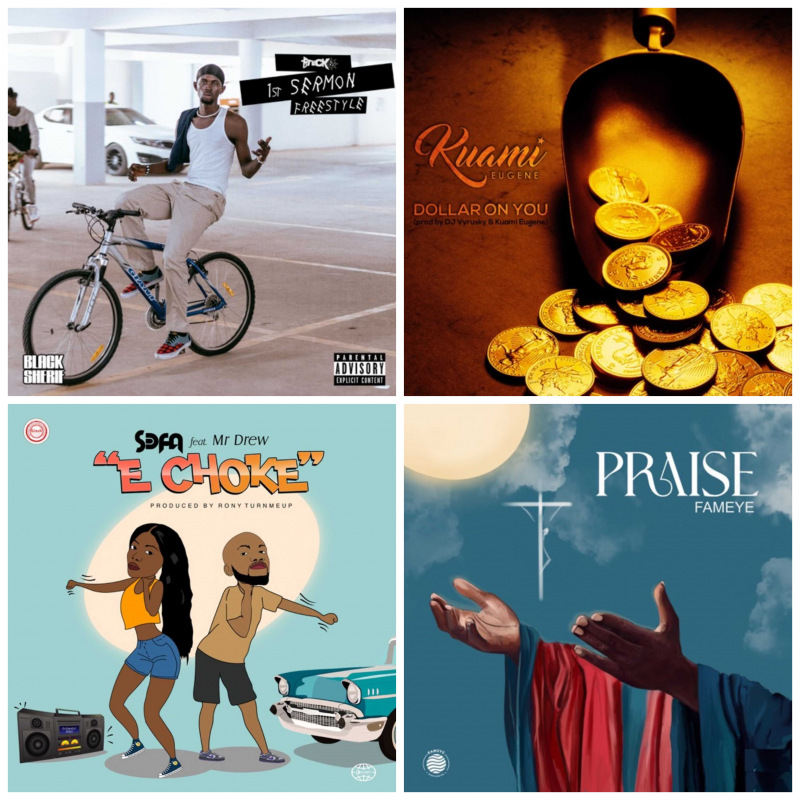 ‘Music gives soul to the universe, wings to the mind, flight to the imagination, and life to everything’ Plato once said. It has been an ordeal that no matter how hard the daily buzz of life gets to, music will always be therapeutical. As such, your favourite artists have continuously filled the scene, with new music to cater to your entertainment.

This article reviews this week's top Ghana Songs you can stream and download for free on Mdundo.

Fameye’s first official single of 2021. Praise is an appreciation record to the Almighty for His goodness. The video for the record released in July has already garnered more than 700k views.

The youngster showcases his rapping prowess while setting a new trend with this monster track. An encouragement to the youth to keep progressing,’ First Sermon ‘ has been making massive waves across the country since its premiere in May.

Slow Down is a sensational slow love jam that premiered in May and has since earned over a million views on YouTube.

After a massive success with’ First Sermon’, Black Sheriff dropped a sequel. The second Sermon has been topping charts, garnering over 5.4 million views on YouTube. Second Sermon just like the first issue was produced by Ghanaian Stallion.

Off the Lynx Entertainment signee’s latest album ‘The Gloden Boy Album’, KiDi stands out with this dancehall tune. Since its premiere, Touch It has been viral on TikTok with the "Touch It" Challenge on the platform hitting over 100 Million views.

Soul songstress Sefa joins up with Mr Drew in E-Choke. A cool afrobeat single that depicts the message of love and deep admiration. E-choke was produced by Rony Turn Me Up.

Mr Drew sets yet a mixture of feelings with this jam. Going full head with the afrobeat instrumentation produced by Beatz Vampire.

Kuami Eugene - Dollar On You

Dollar on You is a groovy afrobeat record that will keep you on your feet. The record was jointly produced by DJ Vyrusky and Kuami Eugene.

KiDi links up with his label mate Kuami Eugene & Nigerian reggae-dancehall star Patoranking to produce this incredible masterpiece. Spiritual is off KiDi’s ‘ The Golden Boy’ album.

Amen is a gospel track where Kuami Eugene gives Glory to God for his breakthrough and consistent success in the industry.