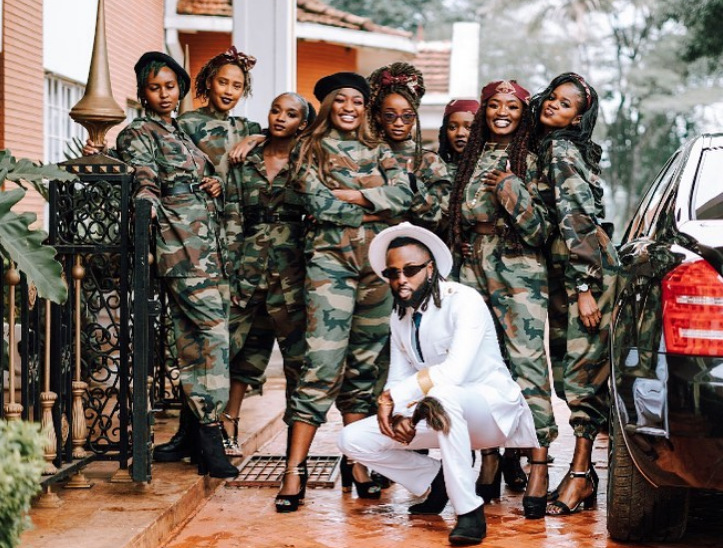 ‘Mbogi ya Madenge’ is an upbeat Gengetone jam in which Kagwe and Benzema describe the qualities of women they want to party with.

Kagwe delivers well-versed lyrics in Sheng with Benzema balancing his vibe with one verse and a catchy hook dedicated to a lady dubbed ‘Khadija’.

The video is creatively directed to create cinematic visuals which showcase Kagwe as a boss in an executive office which is graced by gorgeous vixens.

‘Mbogi ya Madenge’ has been received well and already has over 25,000 views on YouTube.

Giving their feedback on the song in the comment section, fans praised Kagwe for incorporating so much creativity in a Gengetone song, with one fan describing the song as having ‘James Bond vibes coupled with a Makmende twist’.

“Lol. Only Kagwe can make gengetone sound so sophisticated.. Getting James bond vibes with a Makmende twist to it super cool kagwe,” one fan commented.

Meanwhile, Kagwe’s previous hit ‘Panties’, which was released in mid-June is still flying high and has already garnered over 380,000 views to date.