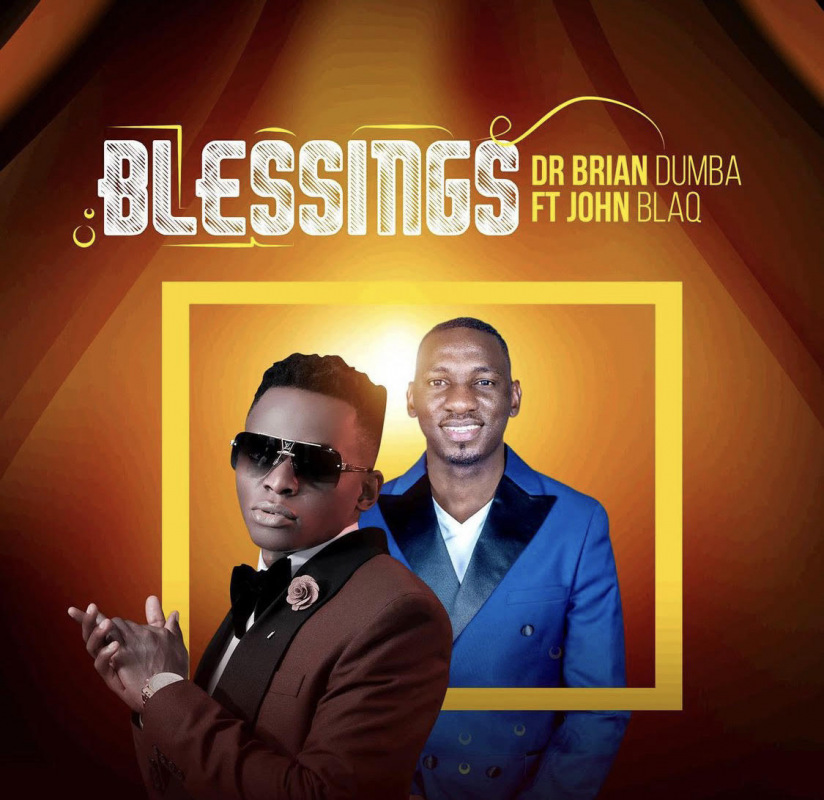 In 'Blessings', John Blaq and Brian Dumba ask God to release His blessings to flow in their lives. Among the many things God has done for him, John Blaq is grateful for the gift of life. Despite being sinful and having limited time for God,John Blas say the Lord has still stood by his side.

'Blessings' brings a message of hope to the people who have given up thinking God has abandoned them because of their sinful ways.

The song was produced by renowned producer Brian Beats while the video is yet to be released.

Dr. Brian Dumba is one of the fast rising and promising gospel artists in the industry. He is known for songs like Akalulu, Ekyaama, Agenda Kwelabizaand Esanyu ft. Pastor Wilson Bugembe.

On his part, John Blaq has consistently treated his fans to good music ever since his breakthrough years back.

Read Also: John Blaq Shares Challenges he Faced During Lockdown & How he Navigated Them

In a recent interview, John Blaq revealed that he had turned back to God and would be releasing music that uplifts and encourages people to live a righteous life.

“I preach the gospel from the very music that I produce. Much as it is not gospel, it is aimed at lifting the belief and souls of my fans towards God,” he said.