Liya Vs Ayra Starr: Who's Hit The Ground Running 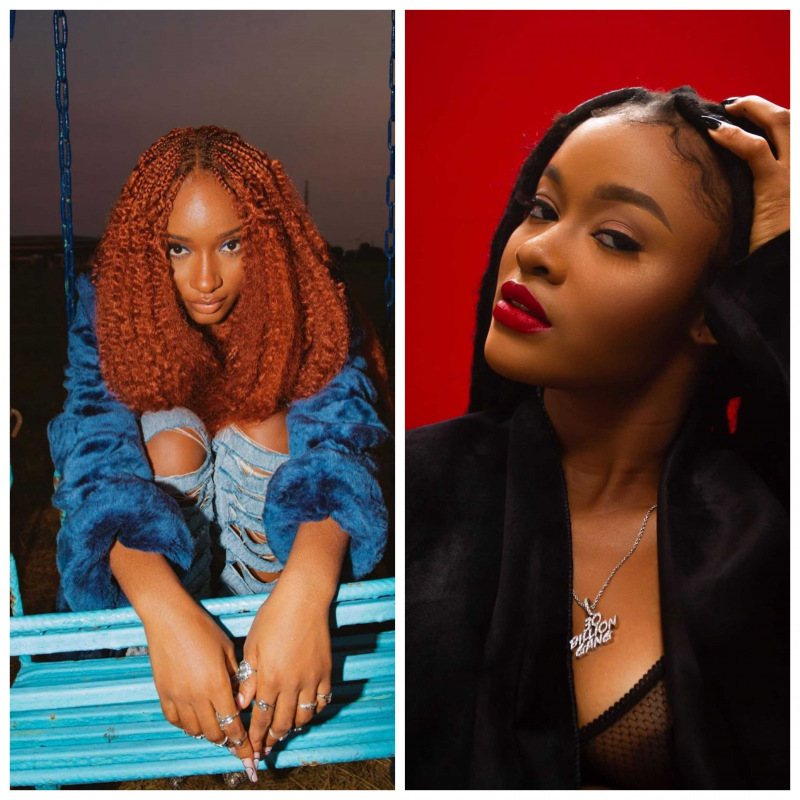 Liya and Ayra Starr are currently some of the fast-growing female musicians in Nigeria.

The two singers have already had a mark in the Naija music industry, barely a year since they were formally introduced to the music industry.

Liya currently aged 21 was unveiled as the DMW first lady in October 2020 while Ayra Starr, 19, is signed to Mavins records, a label she officially joined in January 2021.

This article looks at some of the achievements each of the two musicians have had so far – even as their future looks bright.

Both Liya and Ayra Starr are new in the Nigerian music industry so there is not so much when it comes to the awards/nominations.

The biggest achievement for Liya so far is managing to have a music video – for the debut single ‘Melo’ released under DMW hitting a million views on YouTube.

Ayra Starr on the other hand holds the record of the youngest Nigerian female musician to have a music video with over 4 million views on YouTube with the single ‘Away’.

The song also peaked at number four on Nigeria's TurnTable Top 50 and at number 17 on US Billboard Top Triller Global.

Ayra Starr was also ranked number three on the Billboard Next Big Sound chart in August 2021.

Liya has one EP to her name – ‘ALARI’ which she released in August 2021 while Ayra Starr has two projects – a self-titled debut EP released in January 2021 and a debut album ’19 & Dangerous’ which was released on August 6, 2021.

Barely a year after being unveiled as a DMW singer, Liya has collaborated with two musicians. She teamed up with her boss – Davido for the single ‘Lakiriboto’ in a single off the ‘ALARI’ EP and was featured by Tanzanian singer Mbosso in the song ‘Your Love’ housed in the Definition of Love album.

Ayra Starr on the other hand has featured rapper Ckay and Fousheé on her debut album while she was also featured by Johnny Drille in the song ‘In The Light’ off the ‘Before We Fall Asleep’ album.

Most musicians use American online video sharing and social media platform, YouTube to popularize their projects and also earn from it through views from their music lovers. Liya does not have an active YouTube channel yet as most of her music projects are usually posted on the DMW label’s channel.