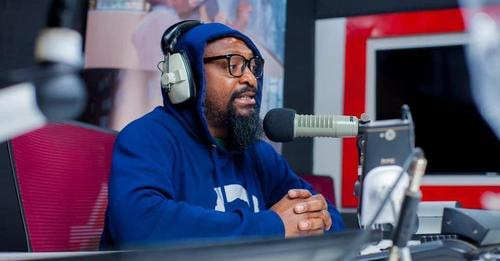 Zambia’s Hot FM presenter Kaliwa Lubasi alias the Black Stallion has left an indelible legacy among Zambian artists. The famous DJ died in the wee hours of Monday morning. The cause of death remains unknown.

Black Stallion’s demise is a bog blow to Zambia’s music industry. He is remembered for the support he rendered to artists as an entertainer working for one of Zambia’s biggest music stations.

Read Also: DJ Rhys Opens Up on Her Journey, Advises Women How to Survive in the Male-Dominated Industry

Among those who credit part of their musical success to the gone soul is Hip-hop star and XYZ founder Slap Dee.

In a tribute, Slap Dee recalls that it was Black Stallion who held him down since his first single ‘Asembe Isebenza’. He described the late DJ as a person who always supported him in his music journey.

“Held me down from my first single Asembe Isebenza to the last time we met, when you hosted the 1xbet signing ceremony. You remained real, supportive and a brother all through these years. I’m glad that’s something I always proudly mentioned. Go well big brother. This has cut deep!” Slapdee said.

Black Stallion was a key figure in the evolution of Hip-hop in Zambia. In his entertainment career, he worked closely with big names such as Slapdee and Macky 2.

The two artists played a huge role in revolutionizing Hip-hop back in early 2000s when they started out. Their musical beef spurred the genre as each of them proved their mettle to their fans.