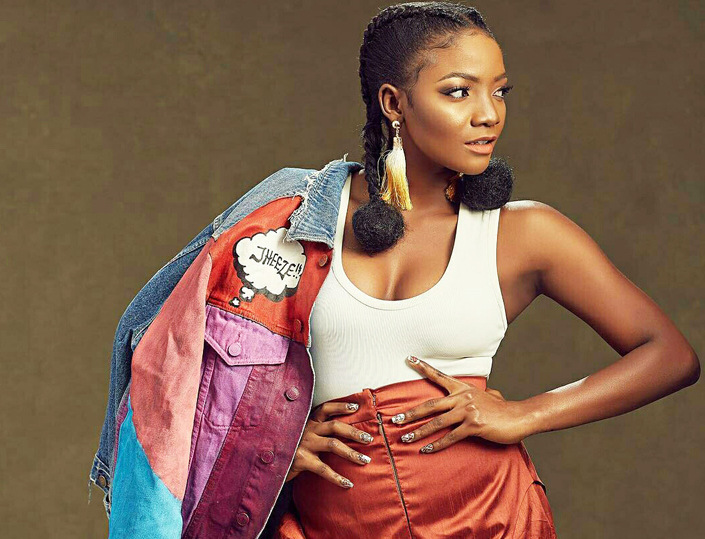 Nigerian highlife singer Adekunle Gold have just have dropped a hint that his wife, Simi will soon be dropping a number of new songs.

In a tweet, Adekunle Gold seemed to give fans a heads-up that Simi is up to something. According to the tweet posted on the 'AG Baby' hit maker's official Twitter handle, Adekunle Gold says Simi will soon overfeed fans with series of new songs.

"The way Simi will overfeed you people with Gbedu upon Gbedu soon, you people are not ready o!" Adekunle Gold tweeted. Simi endorsed the husband's tweet with a retweet.

It's been thought that the 'Duduke' hitmaker was working on a new album expected to be out this year, she confirmed this in an interview a few months ago however it's yet to be seen if the new project is still going to come out this year.

Simi had previously admitted that since welcoming her firstborn daughter, Adejare, in 2020, she had not had time to record new songs. She's released songs this 2021 - a birthday song for her daughter in which they teamed up with the husband Adekunle Gold and the French version of the highly successful hit 'Duduke'. She was also featured in Chike's Running remix which has more than 25 million views on YouTube.

Wizkid's Essence Now The Most Shazamed Song in USA

Simi last released a project late in 2020 dubbed 'Restless II' EP which houses among others the single 'No Longer Beneficial'. With the success of her previous projects, reports of new songs coming from Simi will definitely excite her huge music fan base.