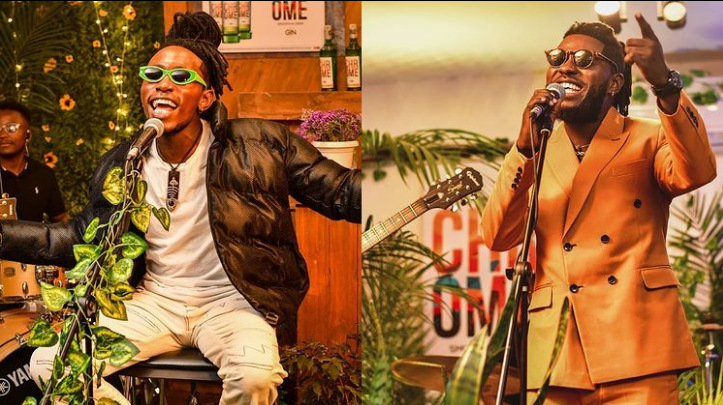 Celebrated Kenyan artists Nviiri and Bensoul who also double as Sol generation members this weekend hosted a virtual concert, where they performed all the hits from their latest EPs dubbed ‘Kitenge’ and ‘Medicine’ respectively.

Captioning the video on YouTube with a message which said that they had decided to bring the show to their fans instead of bringing them to the show, the two performed all the songs from their recent EPs.

Read Also: Nviiri Vs Bensoul: Who is The King of Sol Generation?

Opening the concert, Nviiri performed the first song on his EP dubbed ‘Baridi’ which is an emotional song about chasing the cold with a loved one. Taking over the concert after Nviiri’s electrifying performance was Bensoul who introduced the audience to a different setting with the same band as he performed his hit song ‘Stereo’.

The concert which was uploaded this weekend has been well received and already has over eleven thousand views on YouTube.

Sharing their views on the virtual concert in the comment section, many fans expressed their love for the brotherhood that Nviiri and Bensoul have continued to show, with others asking for them to collaborate more in the future.

“Nviiri and sudah are a vibe... The brotherhood, no competition type of mentality its the growth and just being on the positive vibe gives hope to young artists down here.... Thank you sol generation,”one fan appreciated, with another one adding, “When the Kings come to gather this is what always go down its was one hour but its seemed like 5 minutes.....seriously I need more of this.”