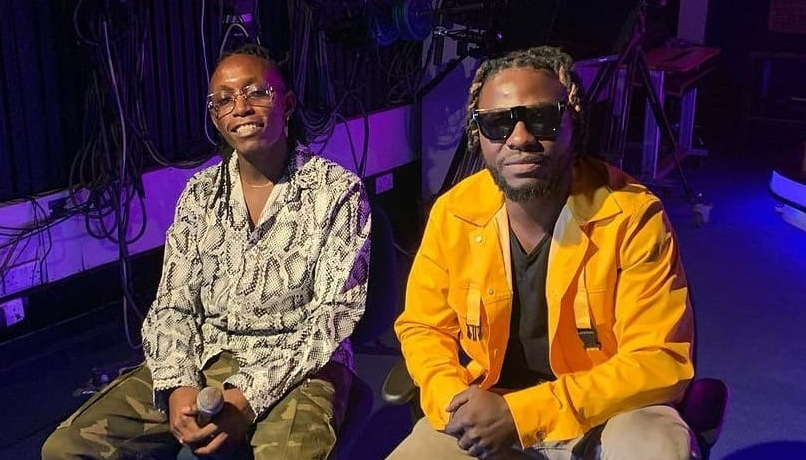 Celebrated Kenyan Group Sauti Sol has been delivering soulful music for years. Their authenticity has given them long-term success and afforded them the opportunity to sign Nviiri The Story Teller and Bensoul as part of the Sol generation label. The two are not only talented vocalists, but have time and again proven to be gifted lyricists. This article focuses on the top songs and collaborations from Nviiri and Bensoul.

‘Nairobi’ is arguably the biggest song in the year 2021. The Rhumba song addresses the plight of living in this fast-paced city. Apart from the song being a hit, it also expounded on some of the key factors that affect many relationships in Nairobi, including lying and cheating. ‘Nairobi’ which was released over four months ago is still flying high and currently has over 5.1 million views on YouTube.

‘Pombe Sigara’ is the debut single by Nviiri, which set precedence for his currently blooming music career. The song is about a guy's obsession with women and how easy it is for him to do without drugs as compared to women. ‘Pombe Sigara’ has grown to become Nviiri’s top single with over seven million views on YouTube.

‘Favorite Song’ is Bensoul’s second single under Sol Generation. The feel-good vibe song takes us through what Bensoul considers a perfect day featuring his lady. The visuals are vintage and creatively shot to keep the viewer engaged from the beginning to the ended.

‘Overdose’ which is Nviiri’s second single under Sol Generation, allows his talent to shine through as he describes his woman as a drug, adding that he had overdosed on her. The visuals are cinematic and featuring a beautiful black queen. The song which was released in late 2019 is still a fan favorite with over 2.3 million views on YouTube.

‘Lucy’ is Bensoul’s debut single which introduced him to the world. The upbeat love song expounds on unrequited love between Bensoul and a lady called Lucy. The visuals are also creatively shot with a gorgeous vixen who performs and dances throughout the song as Bensoul sings to her.

‘Bar’ is a creative jam written and performed by Nviiri and Femi One. The upbeat love song features Nviiri singing and jamming and later Femi One drops well-versed lyrics, creating a harmonious hit song. The visuals are just as creative and colorful, setting the tone for the feel-good vibes.