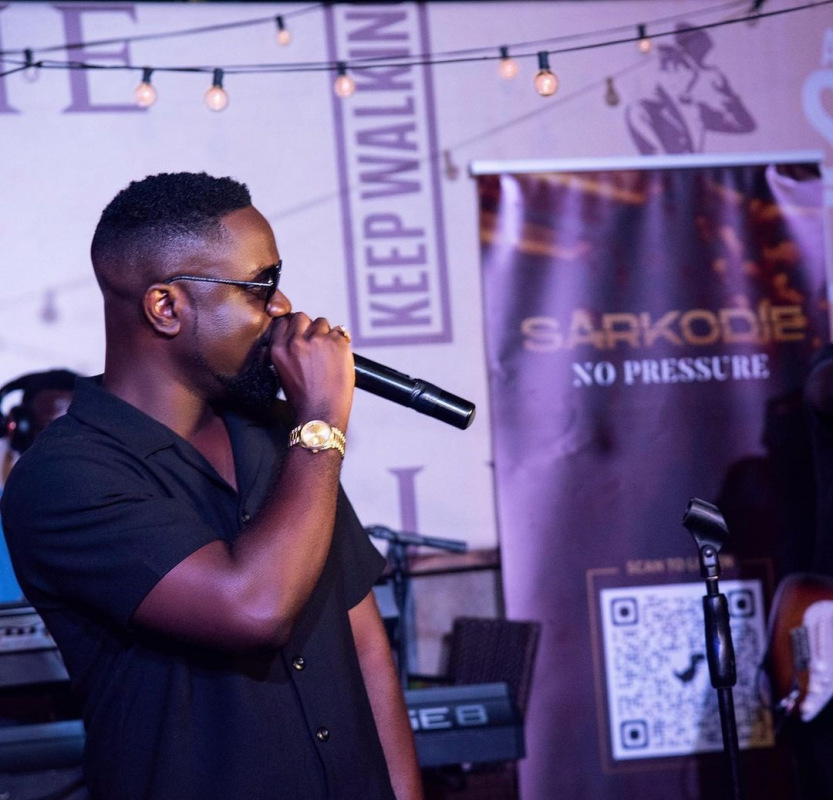 After the listening party in Nigeria, where numerous Nigerian music celebrities were in attendance, Sarkodie is currently in Kenya to continue to promote his new album.

In reaction to his presence in Kenya, some rumours have erupted in various social media platforms of Sarkodie being in a relationship with a Kenyan singer, Victoria Kimani. However, both artistes have taken to their social media pages to refute these claims.

In response, Sarkodie asked fans to pay no attention to the rumours because they are not true. He went further to explain that he has worked with the Kenyan singer on various projects, and she is one of the most talented singers. According to Sarkodie, he has created wild chemistry with Victoria Kimani in all the projects they have worked on.

During an interactive session on Instagram with Kalondu Musyimi, a Kenyan TV host, Sarkodie said, “It’s natural for people to perceive that we are dating. Personally, I think she has beautiful vocals and is one of the very talented singers I have come across. We have released songs back to back and I usually call upon her for projects. We have a great working relationship and we vibe a lot. Personally, I don’t like addressing these things because you tend to fuel these things.”

On her part, Victoria Kimani, who appeared to be infuriated with the rumours, took to her social media and wrote;  "Why ya’ll keep calling me Sark’s wife? That’s a whole married man, have a lil Respect."