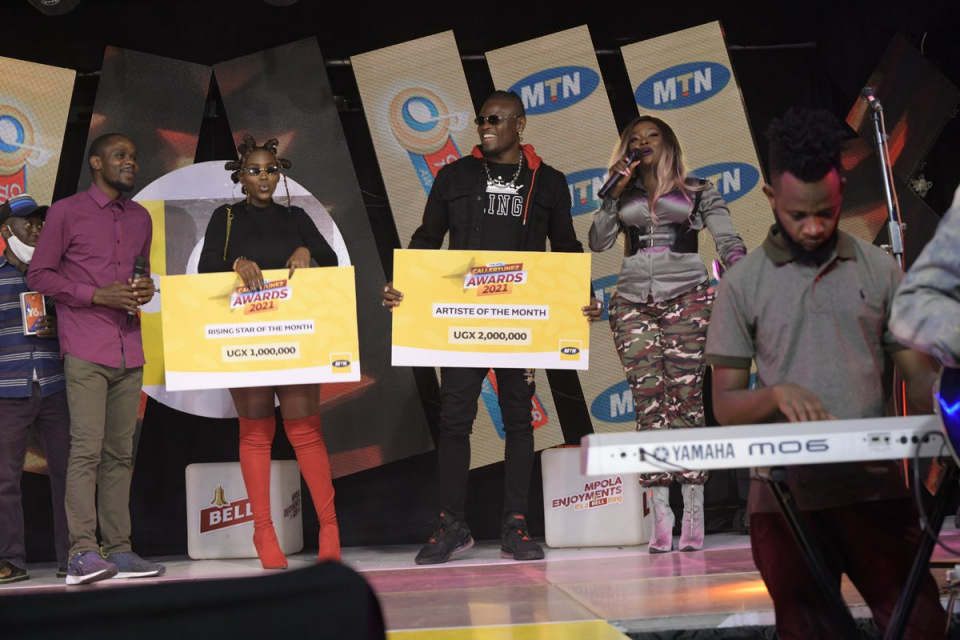 The Team Good Music boss Pallaso had the highest number of downloads for the month of August and walked away with UGX 2,000,000.

Following the win, the 'Malamu' hit maker took to his social media, thanking his fans for supporting him and keeping him on top.

On her part, Martha Mukisa won the rising artist of the month category and walked away with UGX 1,000,000.

Pallaso became fans' favorite because of his top hits that include; Malamu and Nalonda Nemala among others. On her part, Martha emerged victorious thanks to her hit song Sango ft. Eddy Kenzo and Tebatukyawa among others.

The two artists were handed their cheques in an event that took place at MN’s offices.

In July this year, MTN revived the CallerTunez Awards with an aim of rewarding the best artists in different categories, now that concerts and other outdoor entertainment activities have been suspended as a preventive measure against the spread of coronavirus.

The suspension of shows and public gatherings in the country has significantly affected income of artistes and other owners of audio content. For close to two years now, Ugandan artists have not been able to perform in any live physical show.