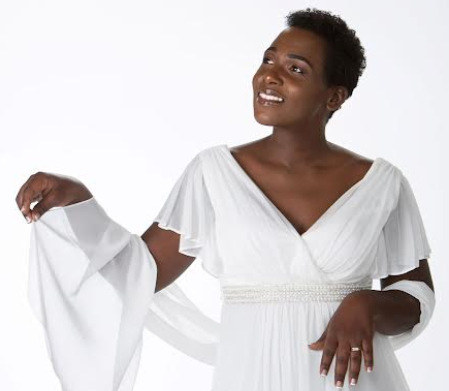 ‘Kiu’ is a worship song in which these two talented artists talk about the thirst that they have for God’s knowledge. Getting their inspiration from Matthew 5:6 which says ‘Blessed are those who hunger and thirst for righteousness, they shall be filled’, the two beseech God to touch their soul, and give them water to drink so that they shall never be thirsty again.

Taking the opportunity to share a word of encouragement, Eunice attached a message on the video, encouraging her fans to continue hungering and thirsting for the knowledge of God.

“We may be wealthy, healthy, and successful -this is good. But a continuous thirst for the Lord, to know more about Him deeper is the beginning of a purposeful and fulfilling life. When you hunger and thirst for God you are sure to become a world changer. We desire to know more about His thoughts towards us and a deeper revelation of who we really are in Him,” part of the message read.

On the other hand, the video which was directed by Flex Montage features different simplistic yet creative shots, which were shot in beautiful sceneries and marry with the serene mood of the worship song.

The efforts in the audio and video production have been noted by fans who have been viewing the music video, which already has over twenty thousand views on YouTube.

“The future of gospel is heading the right direction, good worship song,” one fan praised, with another one adding, “What a song...Thanks, Ali and Eunice, you never disappoint. More Grace!”