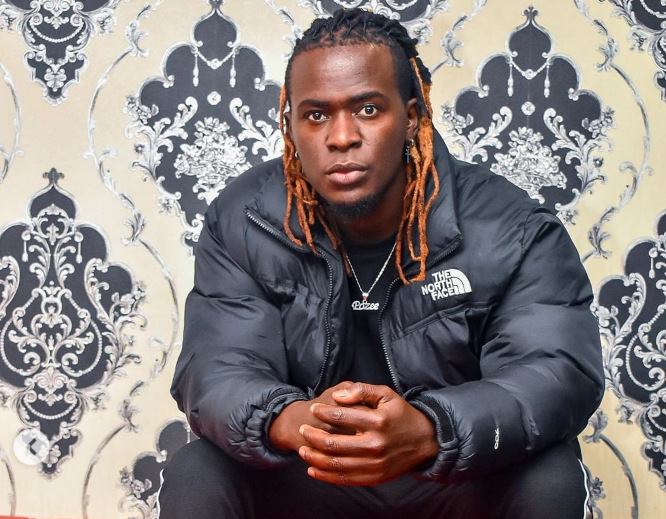 Renowned Kenyan artist Willy Paul has taken a jab at local musicians who he alleged have been buying views, as he celebrated topping Google Search Trends for the ‘Most Searched Kenyan Entertainer’ in the country.

Taking to Instagram to celebrate his new milestone, Willy Paul wrote a detailed caption, poking his fellow artists who in the recent past have had an exceptional number of views on their music videos but did not make it on the list.

“Didn't want to post this coz sikutaka ikae kiburi. Anyway, I'm the number #1 most searched musician in the 254 according to @google..when I say I don't support the idea of our musicians buying views just to fool the fans and make themselves look bigger, hawajuangi sababu. Now look wapi wale wakununua views kwa hii list? Where are they?” Part of his caption read. 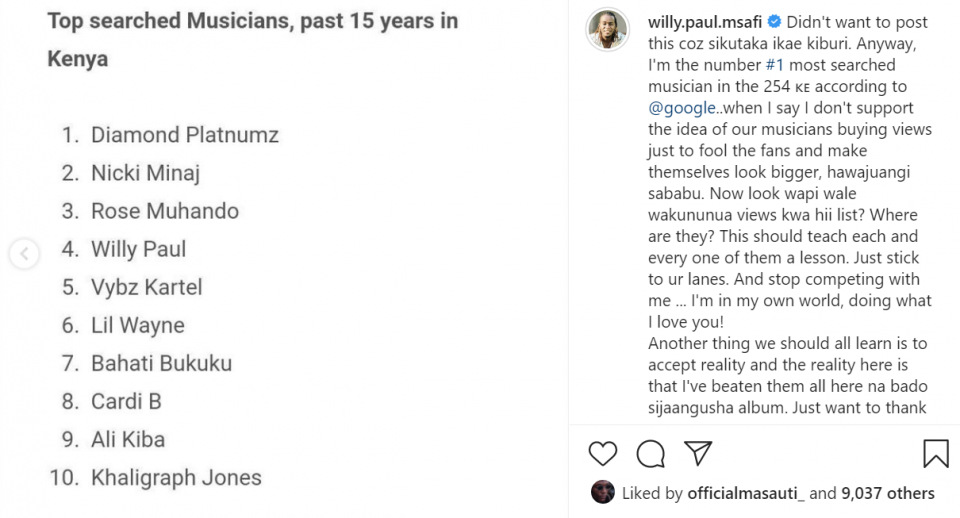 Willy Paul also issued a warning to all other local artists urging them to take this as a learning lesson and stick to their lanes because he is on a league of his own.

In addition to the warning, Willy Paul issued a heartfelt appreciation to his fans for their love and support as he promised to deliver the best music in his upcoming album.

“This should teach each and every one of them a lesson. Just stick to ur lanes. And stop competing with me ... I'm in my own world, doing what I love you! Another thing we should all learn is to accept reality and the reality here is that I've beaten them all here na bado sijaangusha album.

“Just want to thank all of you for always showing love and support. I'm promising nothing but the best in my upcoming album which is still going to make me the best,” he added.

Willy Paul’s remarks come just a day after Google released a list of the most searched items in Kenya in the last 15 years, where Willy Paul and Betty Kyalo topped the list aas the search Engine marked its 15th anniversary.