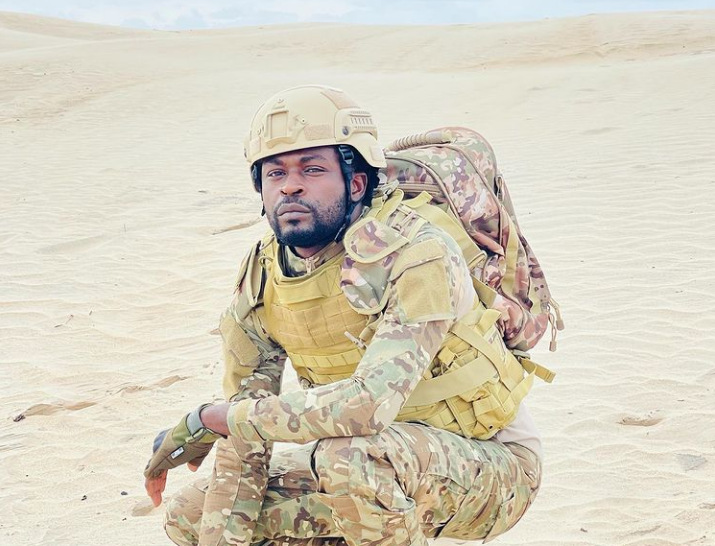 ‘Nategemea’ is a slow worship song in which Benachi sings that when he stands on the battlefield he shall depend on God to give him courage and strength to fight.

He also adds an important scripture from Romans 8:31 which reads ‘What, then, shall we say in response to these things? If God Is for Us Who Can Be Against Us’.

On the other hand, the video which is creatively directed features Benachi adorned in soldier outfits in the middle of a desert, as he recreates the analogy of being a fighter on the battlefield.

Reacting to the song, fans thanked Benachi for starting their day with a great jam, with others praising his consistency in releasing great songs since his great mainstream hit ‘Mwanake’.

“Nategemea. Such a blessing in this morning. #Benachi,” one fan noted, with another one adding “Benachi has had it since mwanake times… goodvibes.”

Meanwhile, his previous hit ‘Anajua’ featuring Guardian Angel, which premiered a month ago is still flying high and currently has over 90,000 views on YouTube.

‘Anajua’ is a groovy gospel song in which these two talented artists remind brethren who are going through hard times that God has not forgotten them and he knows all that they are going through.

Apart from releasing music, Benachi also recently performed his hit song ‘Aje’ featuring Moji Short Babaa at Sauti Fest, in Dallas Texas. The performance which was uploaded on his YouTube a month ago featured Moji and Benachi delivering electrifying performances of the hit song, which references God to be their all, as they question how they would have made it without Him.