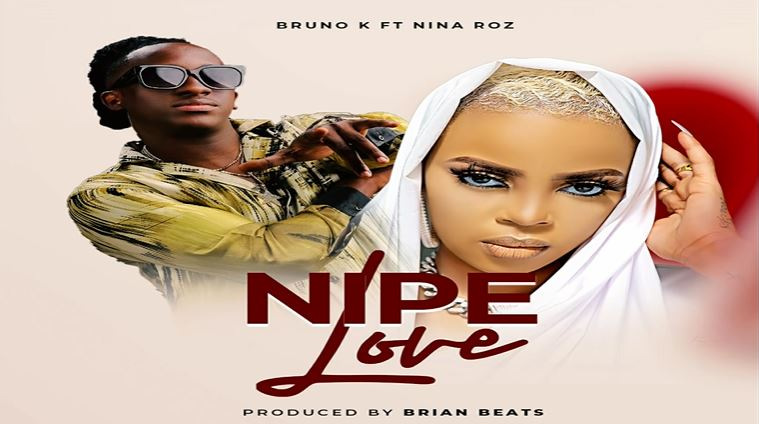 In 'Nipe Love' (loosely translated from Swahili to mean 'Give Me Love'), Nina Roz is determined to make the relationship work. She's blinded by love and won't let go despite the disagreements.

Bruno K has very smooth vocals and sings in unison during the chorus asking for love. He fronts his woman vowing to stay since she's the only one he needs.

Nina Roz's high pitched voice perfectly complements Bruno K's vocals as they crave for each other's presence.  ‘Nipe Love’ is a perfect dedication for lovers as both artists invested a lot of emotions and feelings in the jam.

The audio was produced by Brian Beats and the video is set to be released very soon.

Bruno K is a successful vocalist and guitarist who has blessed fans with a number of love songs. This year, he is at the peak of his career with two of his collaborations Omuwala ft. Daddy Andre and Wankuba ft. Pallaso topping charts.

On her part, Nina Roz who is under under Black Market Records is currently working with budding artists on collaborations as her fans await her E.P that is set to be released soon.