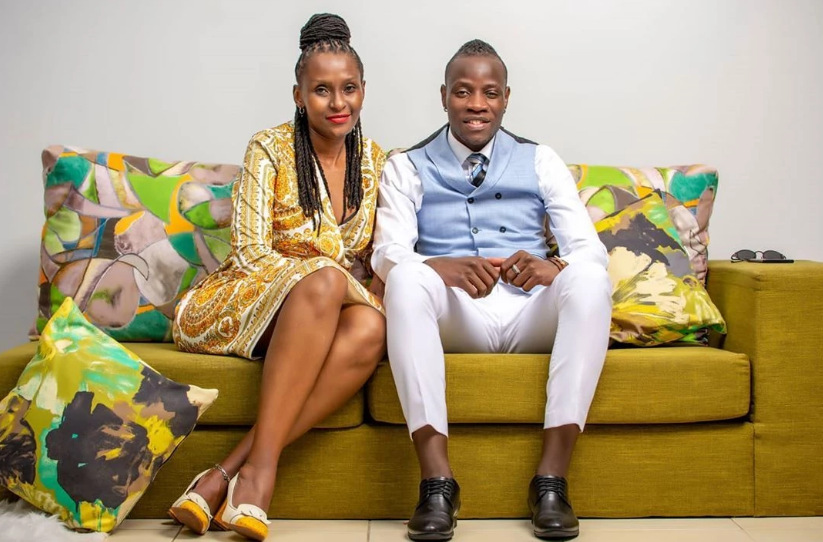 ‘Pokea Moyo Wangu’ is an upbeat cover of a hymn song which has been popular for ages.

Adopting an Amapiano instrumental, Guardian and Esther deliver the song which is a prayer beseeching God to teach them love and dwell in their hearts forever.

Taking a different route of premiering the hit song, Guardian and Esther uploaded the audio on both of their YouTube channels. In addition, Guardian did upload a cover video featuring both of them dancing to the trending Amapiano dance styles in matching blue outfits.

This premiere style has proved to be a great decision, as the song has already received thousands of views on all the uploaded videos in just a few hours. In addition to the views, fans also commented positively on the jam, with some praising Guardian’s ability to make old hymns sound new and fresh, and others dropping more song suggestions that they would like to see the couple covering in the future.

“Guardian Angel...you sing an old song & it sounds new & fresh music in our ears. Beautiful singing indeed. Goals!” one fan praised, with another one suggesting, “Now that you've been doing alot of 'tenzi za rohoni',tetemesha us with 'tumshangilie bwana' songs too kindly.”

Meanwhile, the couple’s previous hit ‘Zaidi Zaidi’ which premiered two months ago is still flying high on YouTube and already has over 400,000 views in such a short amount of time. ‘Zaidi Zaidi’ is a rendition of the hymn ‘More About Jesus’. The song expresses earnestness in knowing more about Jesus’s grace, saving fullness, and love.