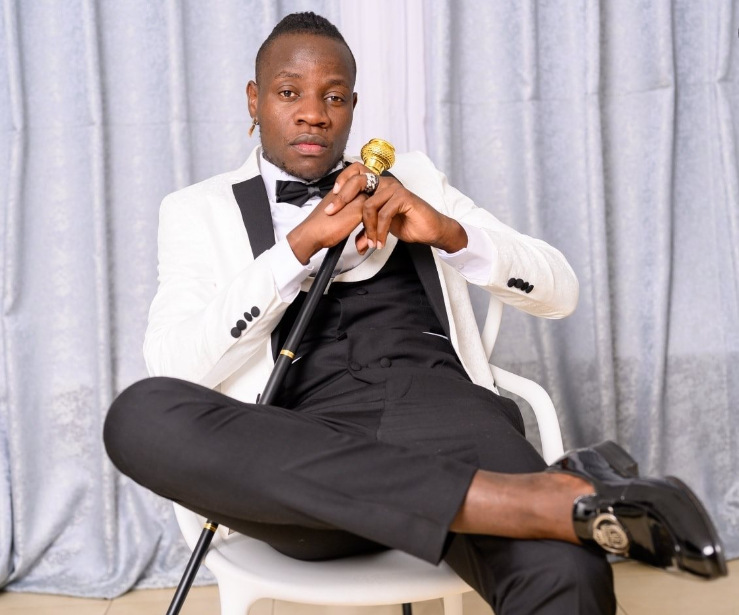 Fans of award-winning gospel musician Guardian Angel have criticized him for charging Sh50 so that he can them his hit song ‘Hakuna Kama Wewe’ on Whatsapp. Taking to Facebook to criticize him, fans accused Guardian of being greedy with many informing him that they would buy bundles and download his entire album instead.

“You're already a millionaire, sisi hata kupata hiyo 50 bob balaaa, tukishalike na kusubscribe to your channel I think it's enough to show how much we appreciate your good work,,,” one fan criticized, with another adding, “50 nanunua bundles nadownload album yako.” 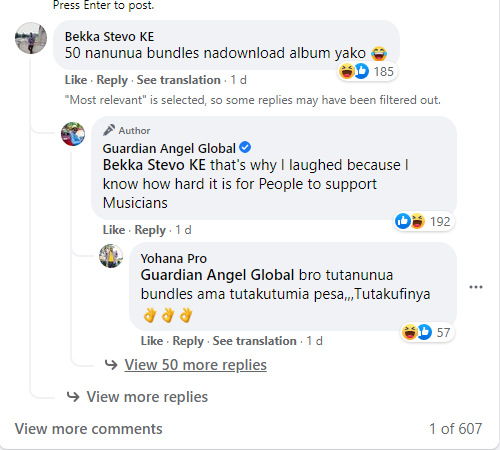 In addition to criticizing him, some fans accused him of trying to test his fans with others completely expressing denial by accusing the person behind the post to be a con artist.

“We know you are testing the waters. From Pastors and now to creatives, saw Terence doing the same. Itabidi mkuje tulime shamba wote!”Another fan wrote, with another one adding, “This is crazy celeb hawezi peana m-pesa number ati 50 bob for a short video clip. This is a con man.” 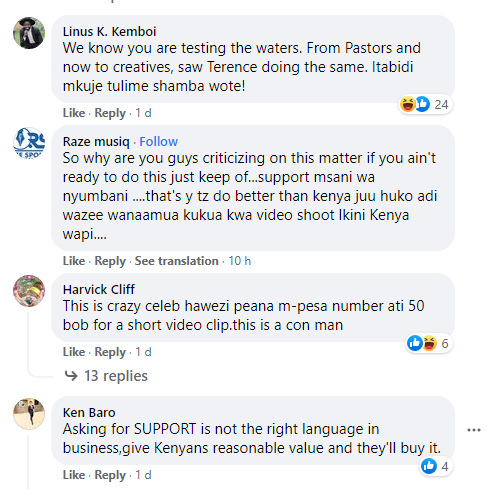 Apart from receiving criticism, Guardian also received support from some fans, who fired back at those who were criticizing Guardian, with some saying that Kenyans’ lack of support for our local artists is the reason why artists from our neighboring countries are doing better than us.

“So why are you guys criticizing on this matter if you ain't ready to do this just keep of...support msani wa nyumbani ....that's y tz do better than kenya juu huko adi wazee wanaamua kukua kwa video shoot lkini Kenya wapi....,”one fan countered the criticism.

Following the heavy criticism, Guardian took to Facebook to announce that he would be gifting all the money he received from his previous post to one person who is currently going through hard times.

“Wow soooo let's do this. I know kuna mtu mmoja apa anafeel amefika mwisho. I want to send you all the money that guys sent for the clip just call me on 0713531359 and tell me your need,” he posted.

In the earlier post which ignited the whole criticism debacle, Guardian had requested fans to send him Ksh 50, in on an M-Pesa number which he attached to the caption.

“Good morning Fam. You can now get our short clip for Hakuna Mungu kama Wewe on your WhatsApp Only at 50 bob. Mpesa number is.. 0713531359 Let's see how many people can support our music. Enjoy your weekend Fam,” he had posted earlier. 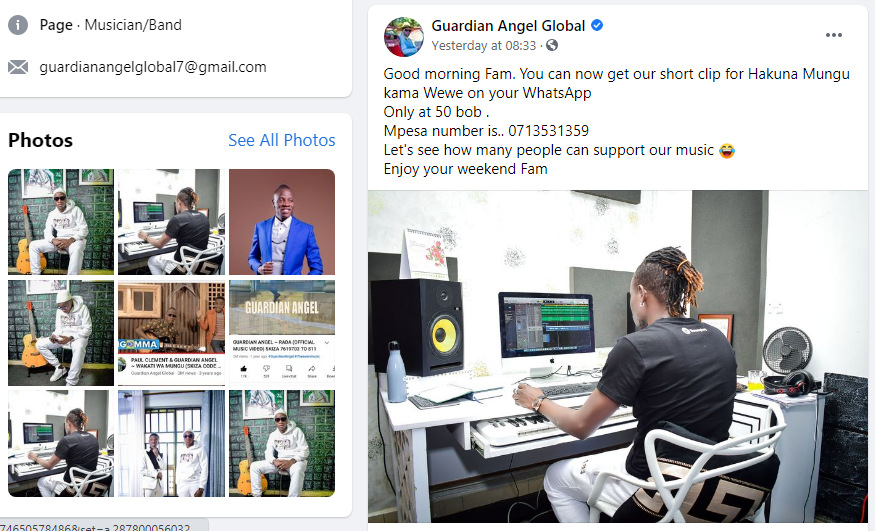