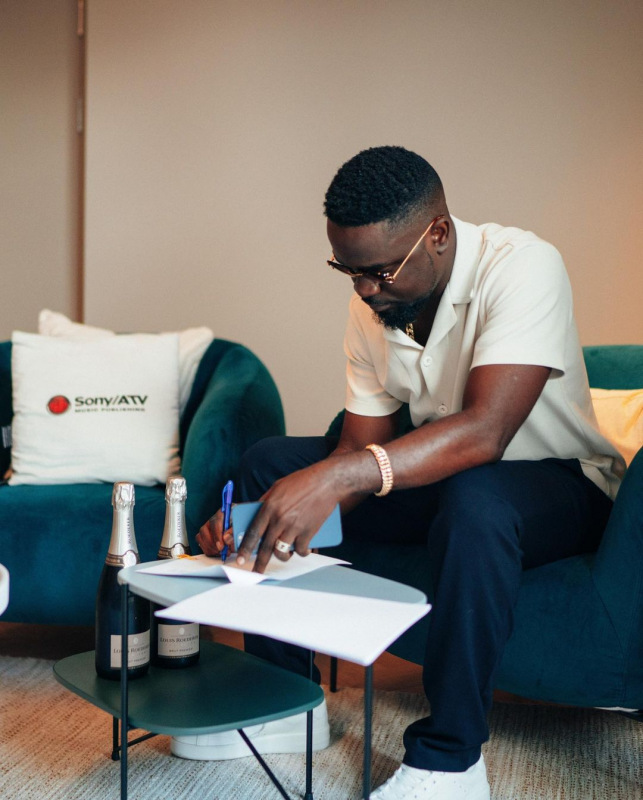 The music company officially announced the exciting news via it's twitter handle; "We are beyond excited to welcome @sarkodie to the SMP family! Great things to come",he tweet read.

The Vibration hitmaker also confirmed the news by sharing  the big announcement to his 4.2 million followers on Twitter.

Sarkodie Vs. M.anifest: Who is The King of Ghana Rap?

Sony Music is an American global music company that is home to the world’s best musicians with a range of both classic and contemporary catalogues. Most of the artists include veterans like The Beatles, Queen, Leonard Cohen, Michael Jackson to the household names in music including  Beyonce, Ed Sheeran, Lady Gaga, Jay-Z, Cardi B, Kanye West, and many more.

Fans and his cohorts took to the post to congratulate him on the new deal.

Prior to this announcement, Sarkodie dropped his much-hyped 7th studio album ‘No Pressure’. No Pressure is currently topping various charts both in Ghana and other countries.