Chris Kaiga Vs Nyashinski: Who Has the Best Bars? 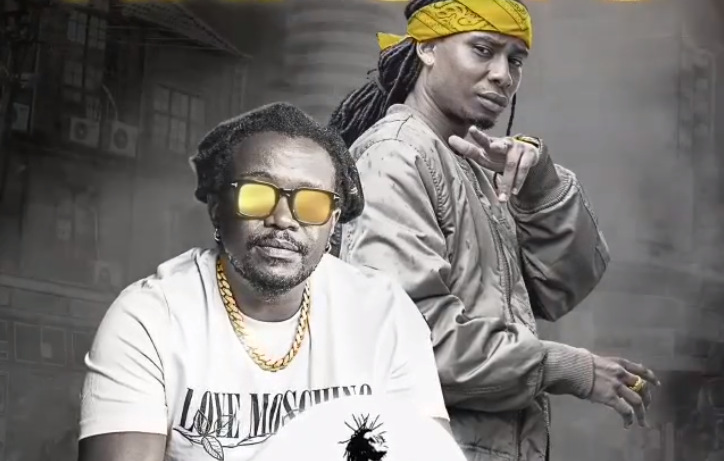 Hip-Hop is a special genre that requires an artist to have more than just lyrics. For Hip-hop a great artist is measured through his bars, flow, and the relevance of his content to society or its future. If we localize our Hip-Hop knowledge and have an open discussion about top Kenya’s Hip-Hop artists, two names can never miss the list and those are veteran artist Nyashinski and Chris Kaiga. The two are known for their hard-hitting unique bars and great lyrical ability which sets them apart from other local hip-hop artists.

The two artists have also collaborated on a hit song dubbed ‘Hapo Tu’ which was extremely successful. Thanks to their success, many people have been comparing the two, with fans of each side insisting that their favorite artist is the best. In this article, we review some of their achievements over the past few years:

Arguably, most people know Nyashinski, the solo artist, but actually, his career bloomed in the early 2000s when he was part of a three-man rap group dubbed ‘Kleptomaniax’. The group bagged several awards including Favourite Male Group in 2002 Chat Awards, Favourite Male Group in 2003 Chat Awards, and Best Group in 2005 Kisima Music Awards. They also got several notable nominations including; Best African Act in 2005, MTV Europe Music Awards, Best Group from Eastern Africa in 2005 Kora Awards, among others. As an independent artist, Nyashinski has received several notable nominations including; AFRIMA Best Male Award in 2019, MTV Europe Music Awards for Best Africa Act in 2018, among others.

On the other hand, Chris Kaiga has been nominated in several categories in the 2019 and 2020 Pulse Music Video Awards including in 2018, where he was nominated in the New Artist of The Year category. In addition, he was also nominated in the Xtreem Awards in 2018.

Earlier this year, Chris Kaiga announced that he would be releasing his EP dubbed ‘The adventures of Chris Kaiga’. Shortly after teasing his debut EP, fans took to different social media platforms to express their anticipation, with many predicting that the album would be a complete bop.

On the other hand, Nyashinski released his debut solo album dubbed ‘Lucky You’ in September 2020. The album has been a fan favorite with many fans expressing their fascination with Nyashniski’s talent.

Modern artists understand the importance of online streaming in today’s music scene. Just like most Kenyan artists Chris and Nyash have embraced online streaming platforms especially YouTube, to disperse their work to millions of fans all over the world. Currently, Nyashinski’s YouTube account which was created on 10th November 2013 has 79,594,834 views with Chris’s account garnering 8,431,810 views since its premiere on 23rd Nov 2018.

Social media platforms have shortened the distance between artists and their fans, creating a direct link, whereby an artist can communicate with his fans one on one. This has eased the promotion that an artist needs to do before releasing any work. One of the most important social media platforms is Instagram, as it allows an artist to upload a picture and write a message to his/her fans. In terms of Instagram followers, Chris has over 31,000 followers while Nyashinski has 593,000 followers.