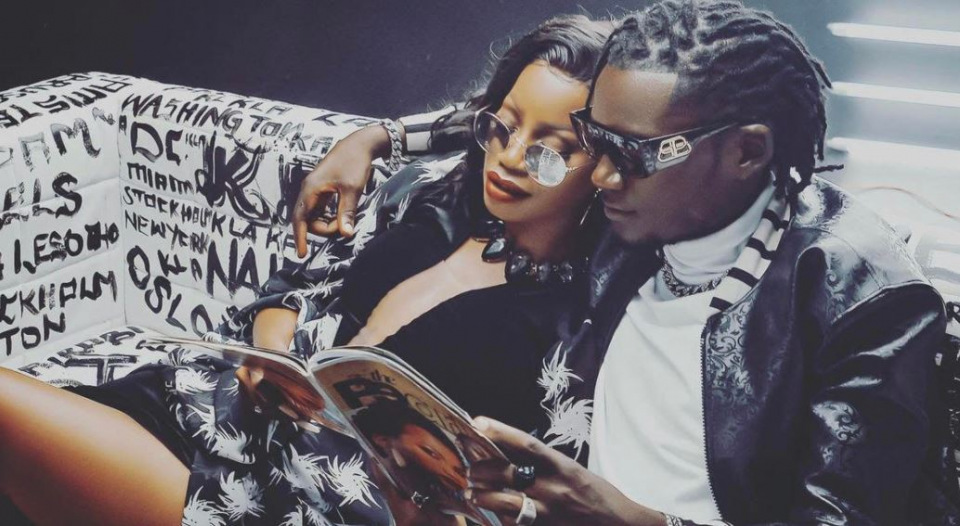 In ‘Njira Love’ (loosely translated from Luganda to mean ‘pour out your love’), both artists crave for each other’s attention and affection.

‘Njira Love’ has an urban slow paced rhythm with the beats in the introduction sounding like J Powers’ ‘Jabulani’ song. The audio was produced by Crouch at Jeeb Records, while the video was directed by Edrine Paul.

In the video, Sheebah and Sama Soja appear in a dark room enjoying each other's arms as they watch their fans do the song's challenge.

The visuals are striking thanks to Sheebah's eye-catching closet. Sama Sojah's sense of style doesn't go unnoticed; he shows up in an urban and uptown look.

Speaking during the song’s video shoot, Sama Sojah was full of praises for Sheebah, noting that the latter was easy to work with despite being an established musician in the country.

"They say people treat you the same way you approach them. Us collaborating together was not a one-time thing because we were already working on some charity project so we often talked about it," Sama Sojah said

On her part, Sheebah appreciated Sama Sojah’s talent, adding that as an established artist, she has a role in nurturing upcoming musicians in the industry.