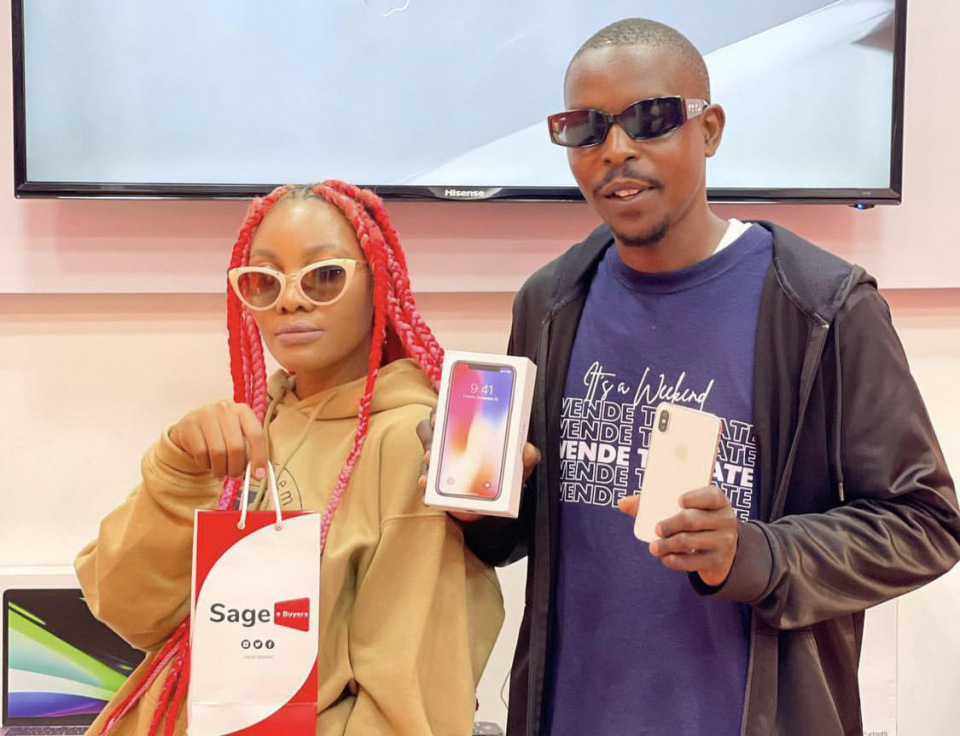 Fast-rising Ugandan artist Pia Pounds has expressed gratitude to a fan identified as MC Africa who promoted and helped blow up her song dubbed ‘Tupaate’.

'Tupaate' (loosely translated to mean 'Let's Party') dropped nine months ago and never received the much airplay it deserved, until a little known MC Africa recorded himself jamming to the video.

In a video that has since gone viral, MC Africa is seen jamming to the song, also shouting his 'It's a Friday' slogan that is now common everywhere. As MC Africa’s video clip made rounds on social media, so did the song go up on the charts.

Right now, 'Tupaate' stands at number one among the most played songs in Uganda on Apple Music; a milestone that Pa Pounds is super excited about.

Appreciating the role MC Africa played in pushing the song, Pia Pounds arranged a meeting with the fan and reportedly gifted him a brand new iPhone among other gifts.

Speaking during a recent interview, Pia Pounds revealed that being locked down, she never had enough money to promote ‘Tupaate’, but she's glad for the new milestone.

“The song is nine months old. I promoted it and gave up, then all of a sudden, the song is on everybody’s status and memes are making rounds of it to a point that now people have believed I’m such an amazing artiste. It’s a miracle,” she said.