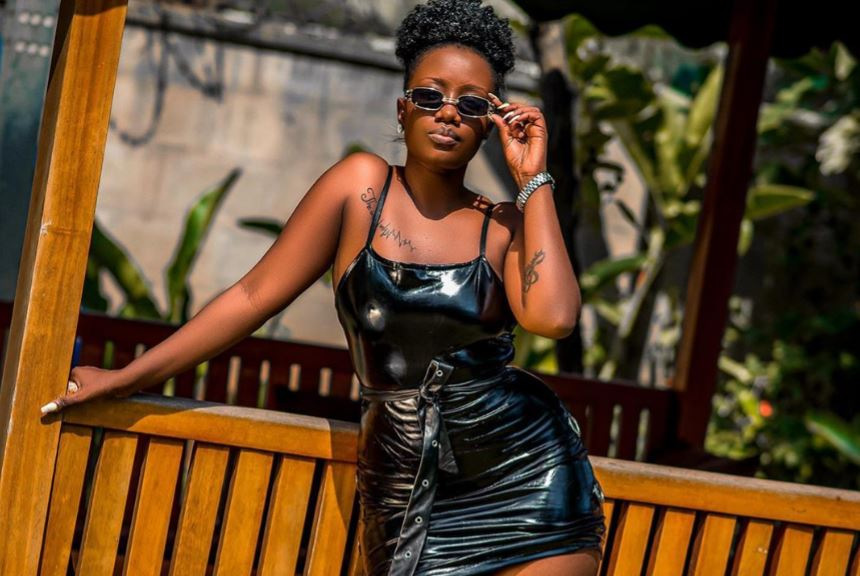 How old and where is Lydia Jazmine from?

Net worth: Unknown as she is a relatively young artiste.

How was Lydia Jazmine’s early life?

Lydia Jazmine was born and raised in Mukono District. She, however, relocated to Jinja District where she attained most of her education level. She sung in her school choir before joining Watoto Chucrh and famous Passover harvest center choirs.

How did Lydia Jazmine join music?

Lydia Jazmine was part of band group dubbed Gertnum which concentrated on doing cover songs plus backup singing. She got a number of mini tours with then big artistes like Fidempa. Lydia Jazmine latter joined forces with guitarist Harry Lwanga forming an acoustic group doing song covers in different bars. This helped her raise tuition fee that saw her through school.

It was at one of those night outs that she was introduced to Uganda’s then famous music duo Radio & Weasel. The duo's manager and producer at that time Bushingtone gave her a chance as an official backup singer for Radio and Weasel. Lydia Jazmine's voice stretched from studio to stage, featuring her in the background of most of the Goodlyfe's songs. A year later, she ventured into music dropping her first jam dubbed 'You Know' featuring dancehall star Rabadaba. At this point, she was being managed by Bushingtone under Necta Music. Lydia Jazmine was able to release two studio albums; Soul on Fire and Special.

After four years of working with manager/producer Bushingtone, Lydia Jazmine parted ways with him in 2018. It is alleged that Bushington and Lydia Jazmine had been dating for and a relationship problem could be one reason for the split.

What are some of Lydia Jazmine's Top songs?

Does Lydia Jazmine have any Awards and Nominations?

In 2017, she registered a huge milestone in her career when she made her debut at Coke Studio Africa. During the show, she teamed up with Nigeria's Kizz Daniel and Kenya's Bahati to do a remix of her hit single Cherie. Lydia Jazmine also made it to MTV Base Africa's list of top 50 artistes from Africa to watch out for in 2017.

Does Lydia Jazmine have any children?

In an interview early this year, Lydia Jazmine noted that she is working hard to make it work in the music industry and does not see herself settling and having children at this time of her career. She, however, has an adopted two-year-old child named Mirembe Mata. She adopted Mirembe during one of her charity drives in Jinja back in 2019.

Reports of the two dating emerged when Lydia Jazmine featured in Fik Fameica's 'Muko' video earlier this year. Due to their chemistry, fans believed that they had something going on. However, both have maintained that they are just friends.