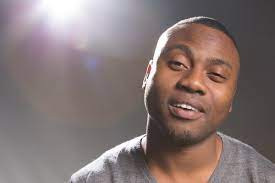 South African rapper Reason is the latest musician to hop onto the Amapiano bandwagon. His decision has not augured well with a section of South African artists who decided to throw shade at him for ‘hob nobbling’ genres.

A few days ago, he released his debut Amapiano song ‘Khanda Shisa’ and it attracted love and hate in equal measure. First, he is known for his rap style that helped build a huge fan base. But, he is seemingly flowing with the tide and hopped onto the new wave in town.

A few days before he released the song, rapper Cassper Nyovest was on Reason’s neck leading to a fierce exchange on Twitter. The conversation started with a tweet from a fan who asked if Reason would be subjected to the same bile Cassper has been battling after launching his new sneakers line.

“Its going to be interesting what thr (sic) other SA rappers are going to say since Reason jumped on the piano wagon...lol they were subbing Cass!” Ndlovu tweeted.

In response to this, Cassper said: “They aren't gonna say s***. It's not what you're doing, it's who is doing it. The truth is I am the pulse. I am soo connected 2 da culture that I can't set a foot wrong. They always criticize in the beginning but they ALWAYS FOLLOW. It don't matter no more doe, it's adapt or die.”

In response to all this, Reason in a tweet said: “What utter nonsense is this Face with tears of joy Please man! This thing of saying things about people to get reactions from them is so 2015Man shrugging. Just make music or go fight Prince Kaybee and leave me alone man!”