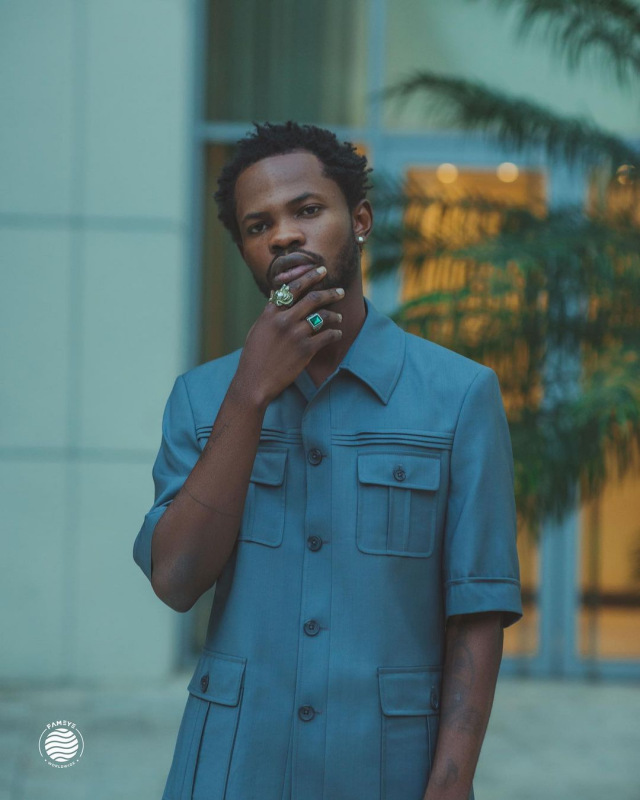 This comes after months of public fights between the two artists on social media platforms. The back and forth altercation was a result of incoherent differences that arose from their 5-year record label deal with  OGB Music.

The total worth of the deal was USD 50000, meant to cover management and all music-related expenditure to be incurred during the period. However, the deal backfired last year after Ogidi Brown accused Fameye of not holding up to his end of the deal and not being accountable for some of the shows done outside Ghana.

Escalation of the differences led Ogidi Brown to the point of inquiring about Anto [a famous shrine in the Ashanti Region] intervention to strike Fameye dead.

Taking to his Instagram page late last year, Ogidi Brown posted his frustration of being scammed by Fameye and he won’t take more of his numerous lame excuses. He also added that he was hurt by the artist’s action giving him an ultimatum of a fortnight to refund his money or consult the gods and Atoa to resolve the matter.

‘You have deceived me for years. Sometimes you bring investors to lie that they would sign you and pay back my money. Then, you later blame it on coronavirus. You have been deceiving me up till now. You are playing concerts now and you feeling like a superstar. It’s very good. But you have two weeks’ ultimatum. Deities will solve our issue because you know we don’t have court issues anymore. It hurts to be scammed .$50000 isn’t money in which you want to scam me is painful. I raised you  to this level but you take all the percentage in our contract.’

Eventually, their differences have come to an end and Ogidi Brown has agreed to let go of Fameye. This comes after Fameye made an official press release of parting ways with OGB Music. Adding that they are mutually on good terms and would continue to support one another.

"A heartful thank you and appreciation to Ogidi Brown and the entire management of OGB Music.

It is with pleasure that I announce that I have parted ways with OGB Music and management. This separation came about after consultations and agreements between Music and me. We have mutually agreed to part ways forward but with continuous support for each other. The past years with OGB have been delightful, beneficial and I am glad we still hold our relationship regardless of our decision to part ways.

After this termination, all businesses and or bookings should be communicated through the under-listed channels.’’ the post reads.