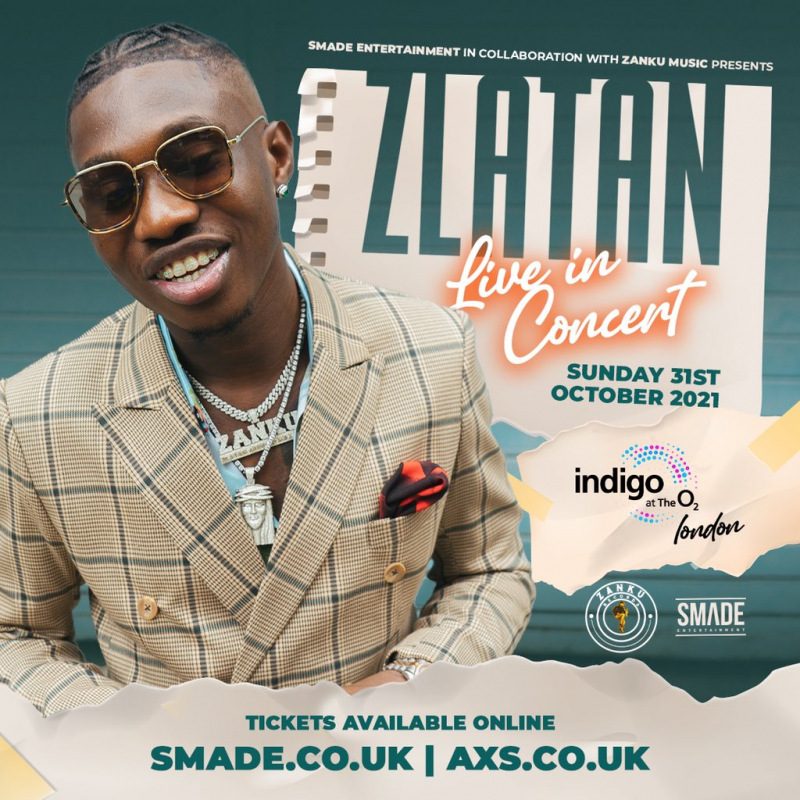 Nigerian rapper, Zlatan Ibile has announced that he will be performing for the first time in a concert in the United Kingdom.

In a post on his official Instagram account, Zlatan who is the CEO and founder of Zanku Records said the concert will be held on Sunday, October 31, 2021, at Indigo, The O2 in London.

Indigo at The O2 is a modern multi-functional 2,800 capacity entertainment venue located under the famous tented roof of The O2.

"My people in the United Kingdom, COVID stopped us last year but this year we're coming stronger. My London friends, I proudly announce my maiden headline line concert in the UK!!! I hope you look forward to this as much as I do," Zlatan announced while sharing a poster of the concert.

Tickets for the Zlatan Live In Concert will be on sale from this Friday, July 23.

Some of the popular singles that Zlatan Ibile has released most recently include 'Lagos Anthem', 'The Matter' and 'Soro Soke' - a song he released in October 2020, during the EndSARS protest to express his concern over the massacre of innocent youths at the Lekki toll gate.

In May 2021 he released a music video for the single 'Cho Cho' in which he recruited the services of Davido and Mayorkun.