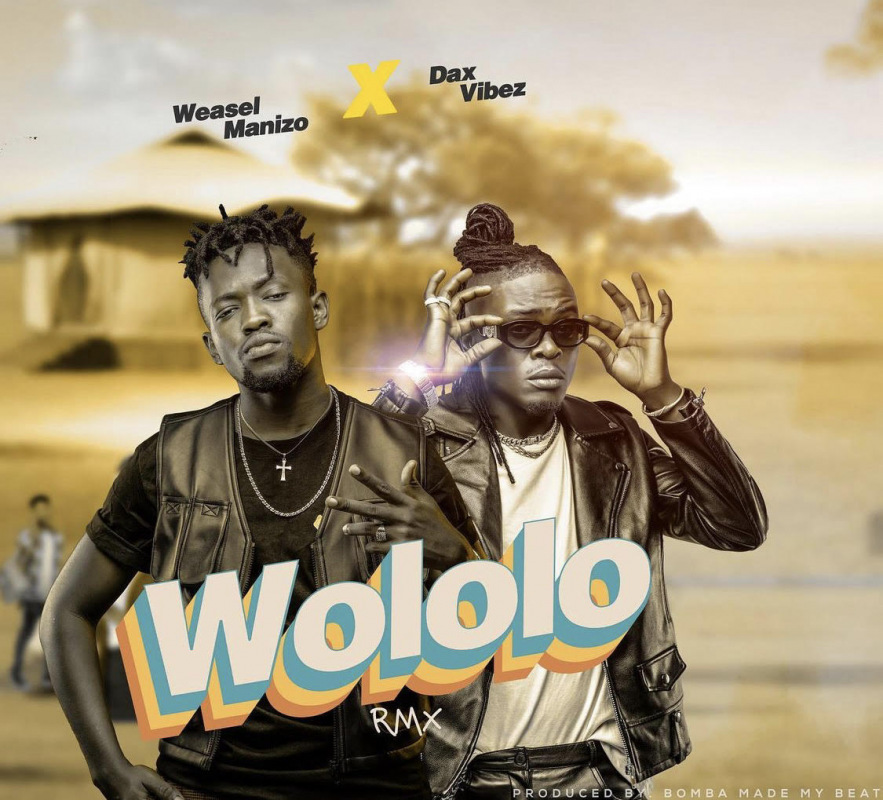 In 'Wololo', Dax Vibez appreciates his woman for standing by him in every situation. Despite the tough times and trials, this woman described as gorgeous still stood by him. Because of this, Dax says he is not ready to take their love for granted.

With his husky voice, Weasel Manizzo comes through with the Ragga bit, promising to treasure his uptown woman for choosing to settle with a ghetto youth like him, despite her status in the society.

The audio was produced by Bomba Made My Beat while the video is expected soon.

The original version of ‘Wololo’ was released eight months ago. With the new remix, the ‘Wololo’ vibe is expected to pick up again in the country.

Dax Vibez is signed under his big brother; Bobi Wine's music camp and is known for his jams that include; Until I Met U, Naye ft. Feffe Bussi, Nze Wuwo and Come By among others.