My Journey in Music Has Been Extremely Rough – Adina Shares Story 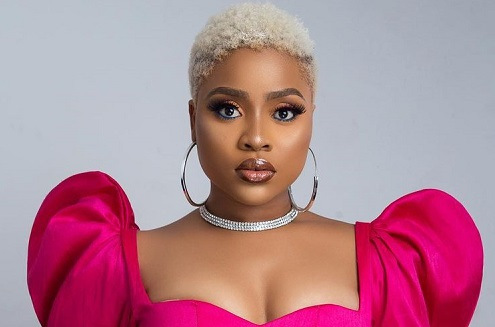 Popular Ghanaian songstress Adina has revealed that her music career hasn’t been easy as she has had to go through several ups and downs to get to where she is currently.

Speaking during an interview with Graphic Showbiz, the ‘WHY’ hitmaker said that persistence, determination, and passion drove her to become the successful musician that she is now.

“Truth be told, it has been a rough journey in my music career, but through it all, I never gave up. I got motivated by other female musicians who are doing so well, and today I can pride myself as one of the best female musicians in Ghana," she said.

"When you are focused and know what you want, you will surely smile in the future. I believed in myself, and I knew what I had; I knew I was going to make it even though the journey has not been smooth. When you have the right management, and you keep doing the right kind of music, you will succeed." She added.

She went on to eulogize her manager, Kwame Fakye who she described as being the greatest support in her career. “Have been with Kwame Farkye since 2012, and a lot has gone on under his NAM record. The next record label that wants to sign me should convince me enough to leave, which I don't see happening soon. We have been through tough times, and if things are fine today, I cannot just leave but remember the good things he has done for me,” she stated.

Adina Thembi was able to win the Album of the Year, Record of the Year and Best Reggae/Dancehall Song of the Year at the 2021 edition of the recently completed Vodafone Ghana Music Awards (VGMAs).