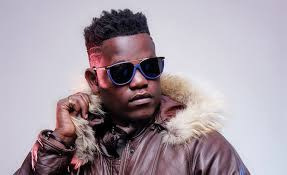 Igitangaza music boss Bruce Melody has praised musicians Juno Kizingenza and Kennedy Sol following their exit from his label. According to Bruce, the two have established a solid foundation and are now ready to be independent artists.

Speaking to the New Times, Bruce noted that he was very hopeful that the two will not fade away after leaving his label.

“Weakening will not happen. Not to them. Because even though they were signed under ‘Igitangaza Music’, they did a lot for themselves. I kept them by my side and showed them every detail of whatever I was doing and gave them the platform to put their ability into practice, and the results were amazing. So they know a lot and they can manage on their own now,” he said.

“Whoever is willing to invest in music, don’t ignore these talents for they won’t fail you as they know this business so well. Make the best use of them, you won’t regret that decision, on the contrary, you will regret it if you don’t,” he added.

Following his exit, Juno thanked Bruce for being a strong pillar of support throughout his stay with Igitangaza.

“Thank you to my brother Bruce Melodie. It’s been a crazy roller coaster and has only been possible via our collaborative efforts, truly, you are a brother’s keeper. I will always appreciate this road with you no matter where it leads from here. Our journey is far from finished,” he said.