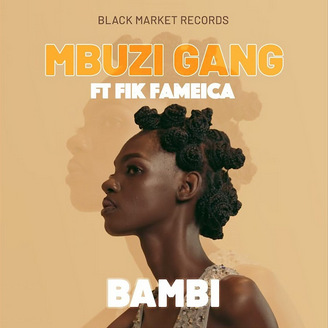 ‘Bambi’ is an upbeat gengetone jam that advises haters to avoid killing the artists’ vibes as they have fun.

The artists have been able to blend both ‘Sheng’ and Buganda in the lyrics, representing the diversity of the two countries.

The video was produced and directed by Kashkeed aka Mr. London, under Black Market Records.

The video has been well received, securing over a thousand views on YouTube, an hour since its release.

Before releasing ‘Bambi’, Fik Fameica was flying high with his single dubbed ‘Lov Lov’. The jam currently has over 200,000 views on YouTube.

On the other hand, Mbuzi Gang recently took the internet by storm with their jam ‘Shamra Shamra ‘ which featured legendary genge artist Mejja. The jam was their breakthrough as a group since being formed two years ago.