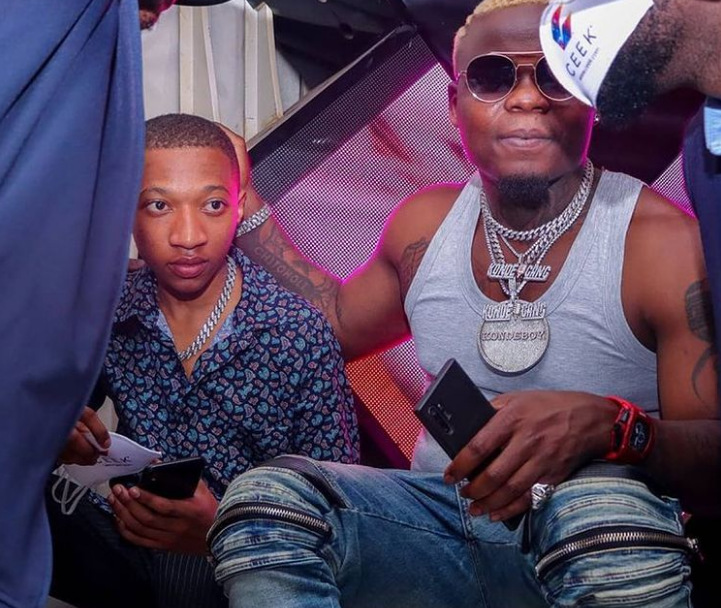 Posting their joint picture on Instagram, Trio teased his fans with a caption indicating that they were both working on joint project.

“You ain’t ready for this! Jeshi X Mkurugenzi,” he captioned.

Reacting to the delightful news, fans praised Trio with celebrities like Masauti dropping in the comment section to show support for the duo. On the other hand, fans also reacted positively to the teaser, with others requesting Trio to also consider doing local collaborations in the future.

His latest jam ‘Ule Msee Freestyle’ which he released a week ago has been flying high and currently, has over 67,000 views on YouTube.

In the song, Trio proves his artistry by delivering well-versed lyrics while firing shots at those who have been criticizing him. Apart from music, Trio has also been trending on social media sites like Twitter, with many people comparing him to the legends of Kenyan pop music like the late E-Sir.