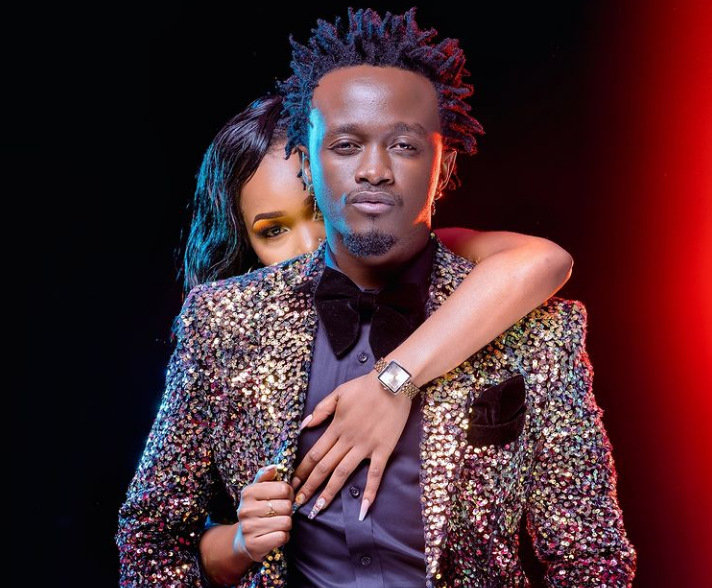 The ten-track album which is a labor of love from Bahati commemorates his artistry in the Kenyan music industry for the past seven years. 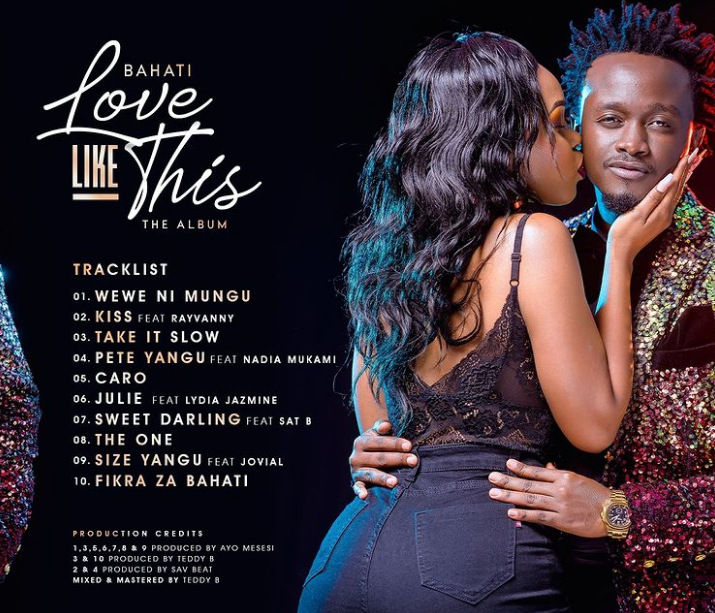 ‘Wewe ni Mungu’, is the only gospel song in the entire ten-track album. Placing it as number one, Bahati sets the tone for the album as he praises God for all he has blessed him with while referring to Him as the ‘God of all people’.

Apart from ‘Wewe ni Mungu’ and ‘Fikra Za Bahati’, the other jams focus on topics like infatuation, companionship, marriage, and heartbreak.

Meanwhile, Bahati surprised his fans by dropping an official music video for the fourth track in the album ‘Pete Yangu’ featuring Nadia Mukami.

The song which premiered a few hours ago has been trending on YouTube with over 200,000 views in just a short period of time.

‘Pete Yangu’ is the second song from the album with an official music video on YouTube, following ‘Fikra Za Bahati’s video which premiered a few days ago. ‘Love Like This’ album is currently available on top streaming sites.