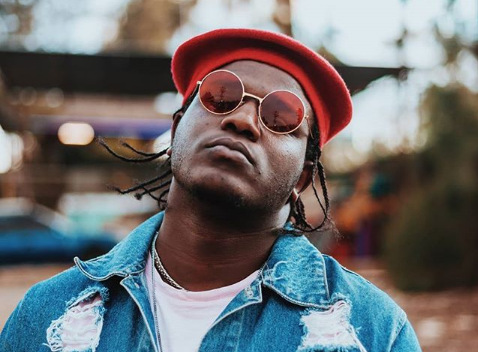 How Old and Where is Breeder Lw from?

Paul Baraka alias Breeder Lw or Bazenga Dadii/Papa Fathela is a top Kenyan Hip-Hop artist who grew up in the Dagoretti area which is in the western part of Nairobi.

How and when did Breeder Lw start his music career?

Breeder Lw was born and raised in Dagoretti, Kenya. He attended Secondary School in Nairobi and later transferred to Iten, Elgeyo Marakwet.Growing up Breeders’ parents played a lot of music. This would later influence Breeder and his older brother who is popularly known as Kenyan Creature to pursue music as a career.

His musical journey started to actualize in high school when he started composing lyrics and dropping bars. He acquired both his names in high school, with Breeder being a nickname and ‘Lw’ which stands for ‘Lyrical Wizards’ being the name of the trio rapper group he was a member of. He chose to adapt ‘Lw’ as his name, as a way of paying homage to his roots.

In 2014, he started rapping while being an MC, however, he did not start doing music professionally until 2017. As an underground rapper, Breeder would participate in numerous rap battles as well as talent search shows, in hopes of making it someday as a rapper in the Kenyan music industry.

His first major project was the ‘Nairobi State of Mind ‘NSOM’ EP which set him up for the success he has been enjoying today. In 2018, Breeder released his full-length LP, ‘Kabla Kuosa’ which comprised eleven tracks. The LP was successful and managed to intrigue top rapper Kayvo Kforce, who expressed interest in working on Breeders album.

His breakthrough song would turn out to be ‘Do Re Mi’ featuring Benzema, which opened him up to mainstream success. To date, he has worked with several renowned Kenyan artists including the great Khaligraph Jones.

Breeder Lw is yet to unveil his relationship status to the world.

What is the real name of Breeder Lw? Paul Baraka.

What does the name ‘Breeder Lw’ mean? Breeder is a nickname he acquired in high school while Lw stands for ‘Lyrical Wizards’ which is a trio rapper group, he was a member of in high school.

Which area did Breeder Lw grow up? Breeder grew up in the Dagoretti area, Nairobi Kenya.

Has Breeder Lw been Arrested? Last year in August, Breeder alleged that Octopizzo had shown up in his house with three police officers, who harassed him over a now-deleted Instagram post.