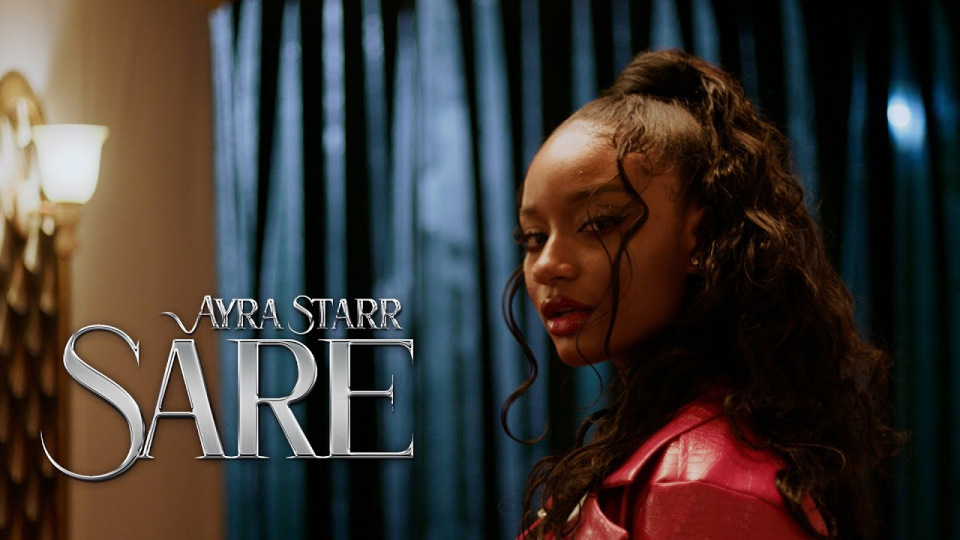 The visuals start with Ayra Starr alighting from an old-school well maintained Mercedes Benz, then enters what looks like a top-star hotel with scenes then transitioning to 2098 where guests are being taken through a journey of the singer’s memory documented through iconic photos.

There is also an opportunity for the guests to be treated to a private chamber experience before Ayra Starr takes over – pouring out her feelings to the love of her life as she declares “I can’t apologise cause my fairytale is you baby for life.”

In this top-quality video, there is also a place for some smooth dance moves – perfectly delivered by an all-girl choreographer show.

‘Sare’ produced by Mavin Records boss Don Jazzy is basically a love song in which Ayra Starr in an interview with Apple Music said “I wanted spouses or partners to listen to it and feel the love.”

The fourth track on the self-titled 5-track EP released on January 22, 2021, has an African beat which Ayra Starr also described as “so beautiful, nostalgic and just very feel-good.”

This is the third music video off the EP that the teenage singer-songwriter and model has released. It follows up on the ‘Away’ visuals unveiled on the day of the EP’s release, as well as the recently dropped ‘DITR’.