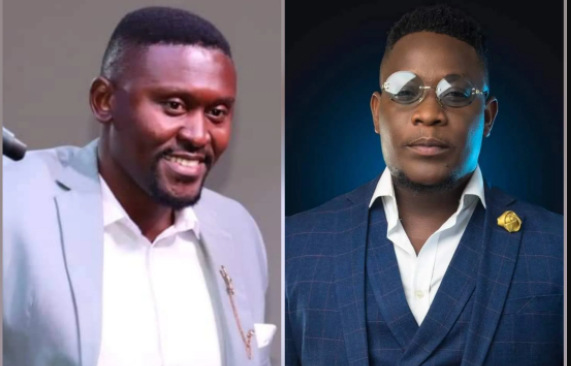 Politics has crept into Zambian artists and touched off a fiery outburst between B-Flow and award-winning rapper Nez Long. The two musical bigwigs recently engaged in an online spat on Twitter.

Read Also: Which Way for B Flow? Politics or Music?

It all started when Nez Long, whose label Kalandanya Music Promotions (KMP) has been doing political songs asked B-Flow to respect decisions by other artists. In a tweet, Nez told B-Flow that there is only a thin line between what he stands for and disrespect for his colleagues in the industry.

Nez was reacting to a series of backlash comments by B-Flow. He, together with other KMP artists have released a song for the Patriotic Front (PF) Party.

“Ba @bflowmusic as u are on that activist tip and doing your standing with the people…. don't forget to respect your fellow artists. Stop looking for unnecessary clout. There is lots of ways u can do your "prefect" work without disrespecting others,” Nez told B-Flow.

B-Flow in a rejoinder got nasty and told Nez to pick his battles wisely. He said the singer took a wrong battle by deciding to take him on over his commentary on artistes doing political songs in Zambia.

“So you came on Twitter to talk to me? Because you believe I was talking to 'fellow artists' about conditions of service for health workers? Come on, I don't think you've worked for Honey Bee neither have you chewed money for our doctors. Just enjoy & stop fighting wrong battles,” he said.