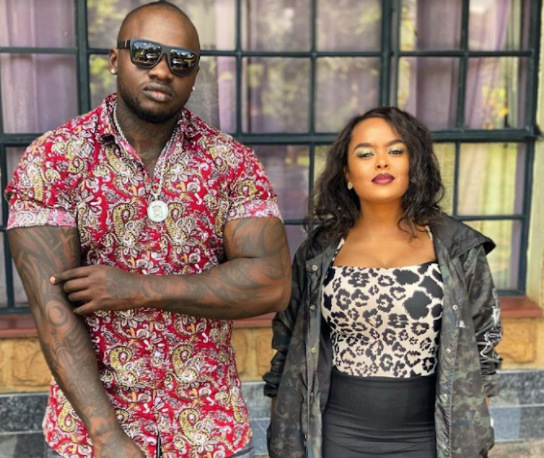 ‘Just Go’ which off Avril’s latest album dubbed ‘Spirit’, is an emotional song describing the back and forth that couples go through during break ups and makeups.

Avril delivers sultry vocals as she says goodbye in the song with Khaligraph adding more flavor by delivering thematically correct lyrics from a male perspective.

The visuals are simplistic, showing both of them in different cars on the move. The song which was produced by So Fresh has been received well by fans who expressed that this was a dream collaboration featuring their favorite artists.

‘Just Go’ is the third video from the album, which dropped earlier this month.

‘Promise’ which dropped three months ago has already surpassed 400,000 views. The slow acoustic jam is about promises that are set by couples as they embark on their journey together.

The visuals are a sight to behold, featuring Avril in a wedding gown walking down the aisle to make promises to her better half.

Meanwhile, ‘Gikeno/Happiness’ video which was released three weeks ago has also been doing well with over 248,000 views on YouTube. Gìkeno’ which is performed in Kikuyu, Swahili and English is an upbeat song about the happiness one derives from being in love.