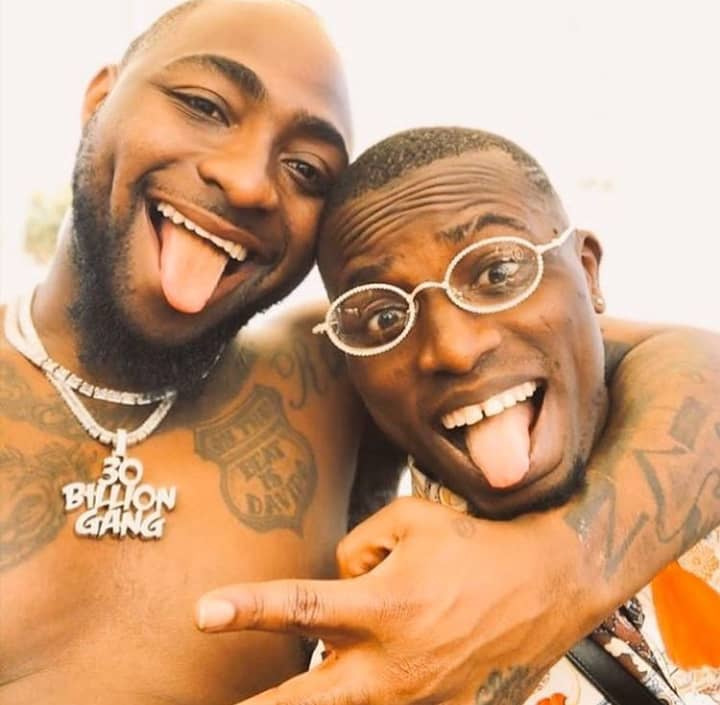 Busari Idris Seun popularly known as Aloma DMW has dropped some shocking details of how he was once offered a cheque of N100m to frame his boss Davido for murder.

Aloma, very well known for his affiliation with DMW as Davido’s former personal assistant was speaking to Jahbless on his podcast Original Intelligence when he spilt the beans.

According to Aloma, some persons which he chose to keep anonymous, offered him a cheque of N100m to frame Davido for the murder of his friend Tagbo Umeike.

Recall sometime in Davido’s friend, Tagbo died of excess alcohol but clearly seems some individuals wanted to use this opportunity to get to Davido hence they offered Aloma DMW that huge sum to frame his boss for murder.

Rema Releases Dates For His Upcoming US Club Tour

“As we dey Lion Building, Tagbo lawyer show, one person show, I nor wan talk em name. Dem say I be fall man, they carry me go one room. Baba fear industry o because everybody be just dey to bring this guy down.”