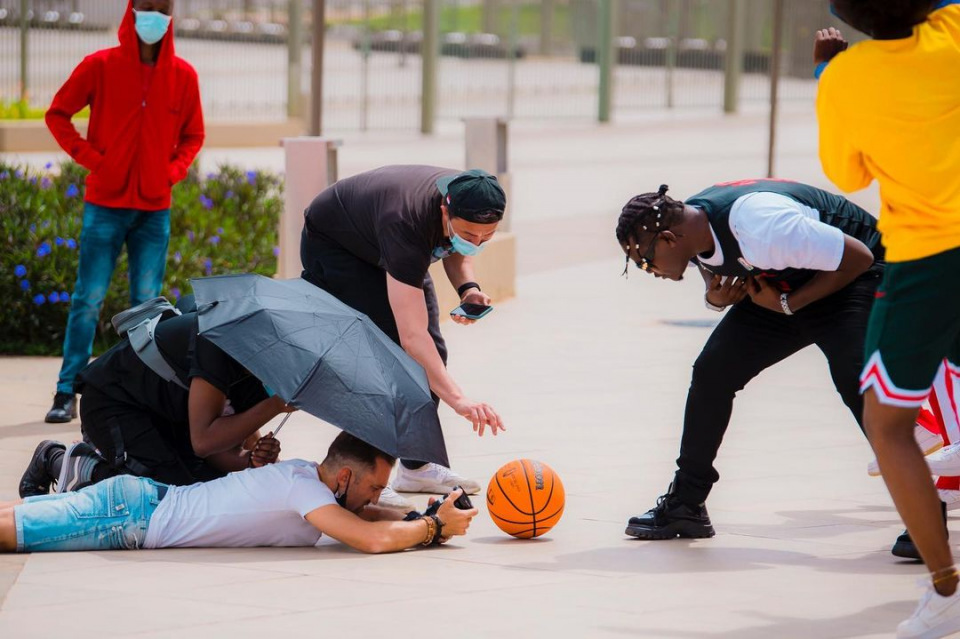 ‘Game On’ is the official anthem of the Basketball African league (BAL) that commenced recently in Rwanda at the Kigali Arena.

Bruce was recently named the brand ambassador of the ‘Kigali Arena’ and there couldn’t be a better way to market it than with this new jam.

He signed a Rwf150 million deal for the next three years where he will sell it to the world, and has done justice marketing Kigali Arena on ‘Game On’; a raw version of a great basketball face-off in one of the modern basketball courts in the arena.

‘Game On’ highlights the other side of the arena besides conferencing which it is popular with.

Bruce delivers a masterpiece in the song and it is beyond doubt that the new track is charismatic in every way.

Bruce has achieved his primary goal which was showcasing the arena as a top entertainment hub in East Africa. With his ambassadorial role, the arena hopes to nurture more musical talent in Rwanda as well as bringing in fresh talent from beyond Rwanda.