Is Trio Mio Kenya’s Next E-sir? Netizens Have Their Say 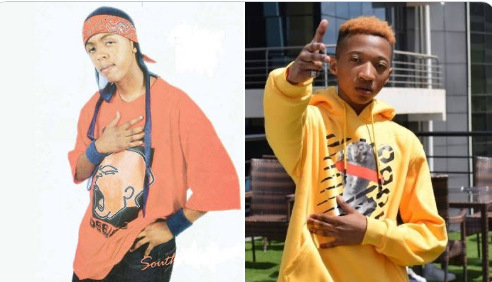 Over the years, there has been debate on who is Kenya’s greatest rapper, with names of artists like the late E-Sir, Khaligraph, Octopizzo, King Kaka, Nyashinski among other always featuring in the discussion.

On Tuesday, the same debate ensued on social media, but this time had a different cast as Kenyans compared the late E-sir to young rap sensation Trio Mio.

Until his death, E-sir was famous for his lyrical prowess and excellent command of the Swahili language. His sound was a fresh breath on the local music industry and disparaged the myth that only imported music could be successful in Kenya.

To date, you can hear his musical influence on most Kenyan pop songs realeased by our local artists.

On his part, Trio Mio is a young budding Kenyan artist who is quickly marking his place in today’s music scene. His lyrical prowess and flow have been compared to E-sir and C-zars who was also a popular artist back in the day.

For the better part of Tuesday, netizens compared and contrasted Trio and E-sir’s musical prowess, with some claiming that the youngster is making bold moves despite his age.

The discussion was triggered by a freestyle that Trio uploaded on his Twitter handle.

One tweep tweeted that Trio is talented but drew the line at the comparison with E-sir. “Trio Mio is talented, that's true. But comparing with E-Sir is where we draw the line,” he wrote.

In response to the tweep, Trio wrote that the comparison was unfair to him and disrespectful to the legends, citing that he is only a year old in the industry.

“It’s only been one year for me kwa hii game, it’s unfair to me and disrespectful to them to compare me to such greats. I look up to both of them Goat #Humbled,” he replied. 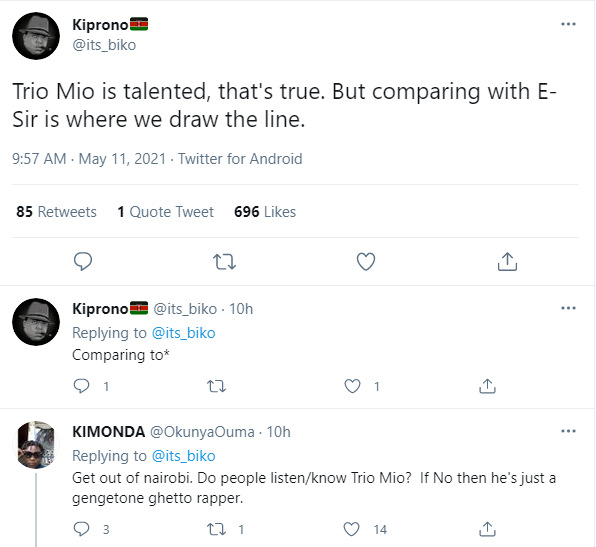 Nameless; a renowned Kenyan artist and a personal friend to the late E-sir also weighed in on the discussion, congratulating Trio for being compared to great people like E-sir.

“Keep up the good work @TriomioOfficial whenever you see yourself being compared to greats like E-Sir then you are definitely impactful. Bless up,” he tweeted.

In response, Trio wrote him a personal note, thanking him for his encouraging words.

“Thank you so much @namelesskenya this means the world to me. It’s a great honor to even be in the same convo as The Legend Inanipea strength ya kuzidi kuskuma. Bless Up,” he responded. 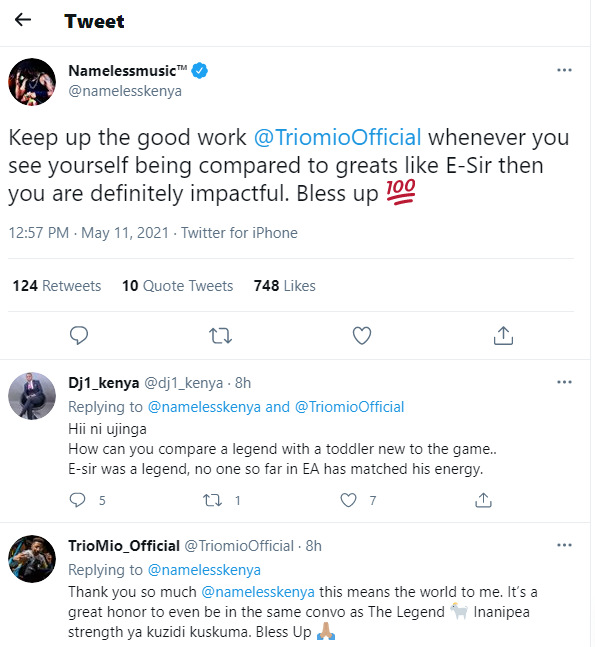